The postmortem on this year’s Free Comic Book Day goes something like this: I decided to hit up the local 2nd & Charles because I saw that they were participating, and I discovered while there that their policy for the event was to give you one of every free comic they had in stock.  So, my very first stop ended up yielding about fifteen comics, more than double what I’ve picked up in the last two years hitting up my local comic shop.

Of course, I wasn’t going to just stop there (I figured that even with a huge stack of comics, I should go check out my local to see if they had a different selection and also to actually buy some stuff because the point is to drum up business for independent sellers), so I went by my local and got three more free comics in addition to the fifth trade of Saga and a few back issues of New Mutants that I’ve never actually read myself. 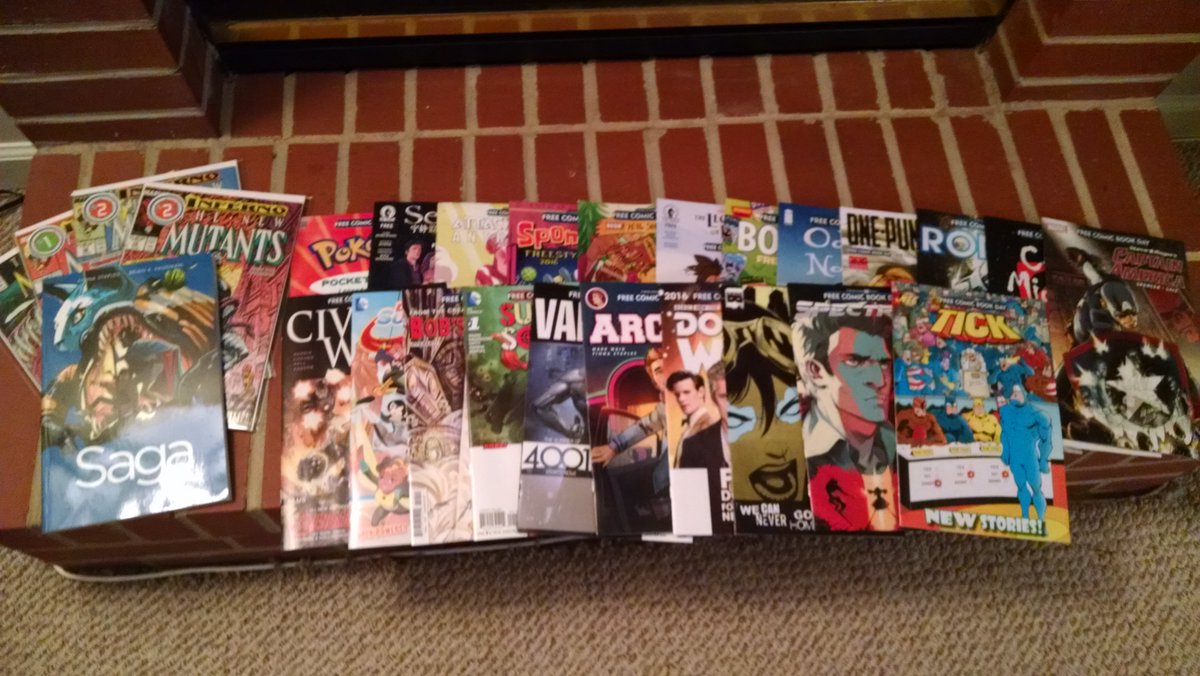 Somehow I read through it all over the weekend. By the end it was pretty much a blur though.

Now, typically I prefer to do a brief overview of all the books I picked up and read, but I just got so many this year that I’ve not yet had time to read through all of them, let alone process which stories I think are good enough to warrant more attention.  Eventually I’ll get them all sorted, but for now I’m going to try to do a quick rundown of what’s in my pile with more in-depth thoughts coming later.

And that’s it for what I picked up.  Like I’ve said, I’m still reading through everything, but I’ll have another post up later with some more in-depth thoughts.