When I was in college I spent more time than was necessarily healthy playing Final Fantasy XI, the first MMO style Final Fantasy game.  I’d done a few years playing EverQuest in high school, so I wasn’t completely new to the MMORPG thing, but it’s safe to say that Final Fantasy XI was the MMO that I was most successful at.  I never got past level 52 on any Job (the apex of my achievements was that I finished the story line for the original, non-expanded version of the game with the help of my online friends).  I also, somehow, persuaded Rachael to join me in playing this game, and we had a lot of fun together, though as poor college students we realized that it was a money and time sink that we really couldn’t afford if we wanted to enjoy other parts of being in college.

Occasionally I miss Final Fantasy XI, and I get pangs to jump into the more recent MMO Final Fantasy XIV, but knowing that there’s a monthly subscription and that it would inevitably suck up more and more of my free time as I try to justify the expense, I stay away.  Besides, I’m not really interested in social gaming, which I know is wildly contrary to the trends of the day.  If you could give me a game that had the sort of depth of world that MMOs offer but designed in a way that I could enjoy it on my own and without having to sink money into the experience, I’d probably be all over it.

In the year since I got my first smartphone, I’ve learned one thing about my casual gaming habits: I hate microtransactions.  I find them absolutely detestable, and because of my distaste, I tend to steer clear of free-to-play games for the sole reason that I know the free-to-play model is built on designing in game barriers that create temptations to spend real money to progress more quickly.  This model, combined with the generally competitive nature of social gaming, just doesn’t strike me as very much fun.  In some ways its reminiscent of the old gold-seller model in MMOs, but legitimized by developers.

Some background: I’m about a decade out of date on my knowledge of how MMOs operate, but when I was playing them, a persistent problem that the player base noted was the existence of gold-sellers.  These were accounts that were played by people, usually from China, that spent all their time farming in game currency as efficiently as possible to sell to players for real world money.  Most players hated this practice, because in those early days it was cheating; the EULA for MMOs typically stated that you weren’t supposed to exchange in game resources for real world currency.  Beyond that, there was also this prevalent culture that suggested people who participated in gold-buying were somehow less worthy players.  The fact that they invested more money than just their subscriptions into the game was perceived as unfair.

Flash forward a decade and now many games employ a microtransaction model of money making where you spend small amounts of money on digital items that are either exclusive or hard to come by through regular gameplay.  Gold-selling has been co-opted by developers, because it’s all good as long as the money flows to them in the end.

I still dislike microtransactions, and I think a lot of that has to do with the mindset that I was immersed in when I was playing Final Fantasy XI. 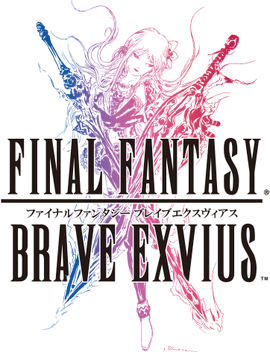 This is a free-to-play game available on both Apple and Android devices, which is built on Final Fantasy nostalgia.  It has all the microtransactions that I find so reprehensible, and like other phone and tablet games I’ve played, it has a lot of restrictions built in to keep non-paying players from advancing very quickly.  Really, I shouldn’t like this game very much.

But I’ve been playing it on and off for about four days now, and I’m trying to figure out why I find it so compelling.

There’s a story built into the game that you advance by proceeding through a series of quests which usually constitute a short sequence of random battles culminating with a boss fight.  It’s quirky and fun, and certainly no more absurd than the stories from older Final Fantasy games (my contemporaneous play through of Final Fantasy V offers a good point of comparison for this), but it’s not a terribly compelling bit of fiction.  Mostly you advance the story to open up access to new areas with stronger enemies to fight and different resources to collect (this game is very resource intensive).  Play’s limited by your current energy level, which you spend to do quests, and which recharges at an interval of one point per five minutes of real time up to whatever your current maximum is.  It’s possible to stock up energy above your maximum by completing in game objectives and (I’m assuming) buying more from the store, but you don’t recharge energy for free while you’re above capacity.

What’s really compelling about this game is the characters.  Like I said, this is a concerted effort to cash in on fans’ nostalgia for previous Final Fantasy titles.  Through a plot contrivance, the main character is able to summon “visions” of warriors past, which is a fancy way to say that you can spend resources to collect random characters from previous Final Fantasy games.  The sprite era games are well represented (I’ve seen a pretty full complement of heroes from Final Fantasy II, IV, V, and VI) with some characters from the polygon era thrown in (from Final Fantasy IX, XI, and XII).  I haven’t seen characters from the games that Square Enix is inordinately proud of, like Final Fantasy VII and XIII, yet, but I’m guessing those characters, if they are present, are of especially high rarity.  It’s this collection aspect that’s most fun; you play the game in order to gather resources for a chance to get a character you haven’t seen before.  That they’re all rendered in especially lovely sprites doesn’t hurt either.

So far, I haven’t run into any barriers that are hard enough so as to be frustrating.  None of the high value resources needed for getting new units and powering them up are unreasonably difficult to collect, and the cool down timer of a player’s energy is a good natural incentive to step away from the game and do other things with your time.  I don’t know how long my interest will last; it may peter out once the story campaign is finished and the odds of collecting new characters becomes smaller and smaller.  Until then, it’s not the worst game I’ve ever installed on my phone.