It was a somewhat unusual week, so it’s taken me a little time to gather my thoughts on what’s going on with Mass Effect: Andromeda since the last time I checked in.  I feel like I’ve hit a good stride with the game, and I’ve definitely reached some of the better parts of the relationships aspects.  I also learned this past week that a major complaint some folks had about the game was the travel time when you’re exploring the solar systems which hadn’t really bothered me. 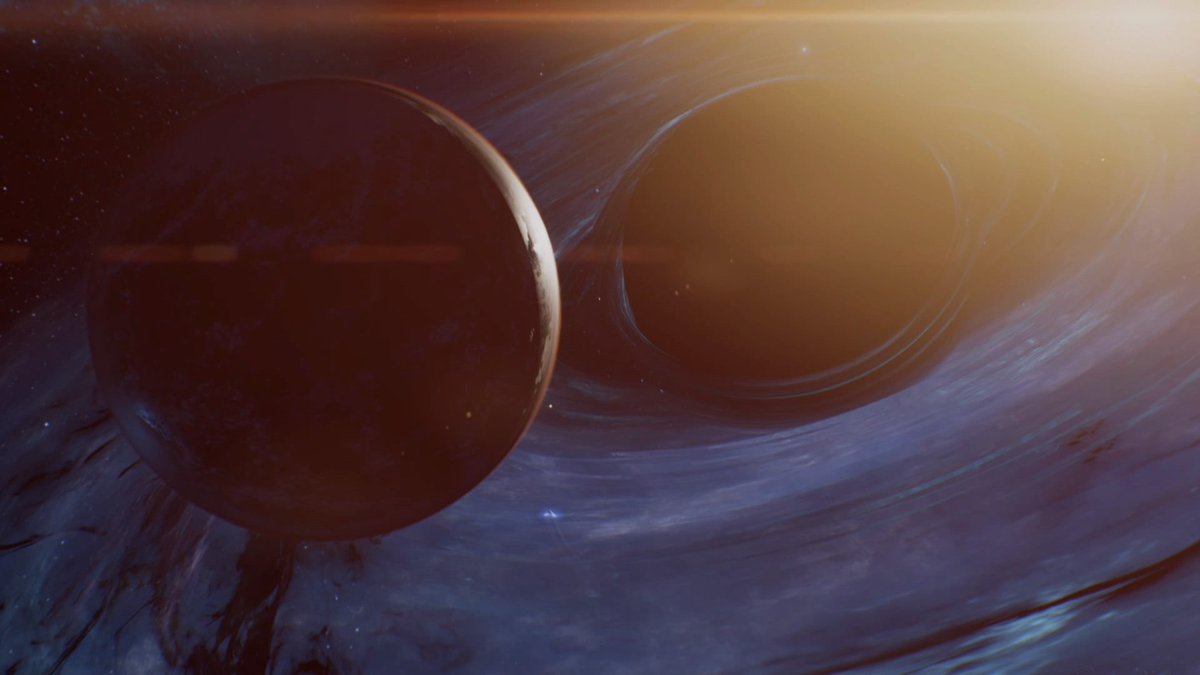 When I first got into the exploration segment of Andromeda, I noticed that there was a significant amount of time devoted to showing the travel between solar systems and among the planets that comprise them.  The five to ten seconds you spend watching space flow by while you’re waiting to get to a new place to scan quickly struck me as something that could be annoying, but I took it in stride.  I think when I was doing my first bits of flying and scanning, I decided to adopt the opinion that space exploration is supposed to be sort of meditative and a little ethereal.  Seeing as I’ve gone on record saying that I’m relatively indifferent about the shooting bits, and I committed to a character build that allows me to pretty much never fire a gun (the whomps of biotic effects, even when they’re exploding, are so much more soothing than the typical sharp reports of the gunfire), I think I picked the right mindset.  Choose to prefer things that are soothing in the game over things that are designed to stimulate, and you too will love floating through space.  Or you could just use the skip button; I do that too when I’m actually trying to accomplish things.

One of the ongoing travails I’ve had with Andromeda is the continual effort to get away from the planet Voeld.  I’ve said before that it’s a really bleak environment, and I got tired of driving around in endless blue tones.  After I saved the Moshae from the Kett base on the planet, I figured that I was done, but I think there are a couple of random side missions that have cropped up asking me to go back there.  I’ll do it eventually, but for now I’m like “Nope!” because there are other more interesting things to be doing with my time in the Heleus Cluster. 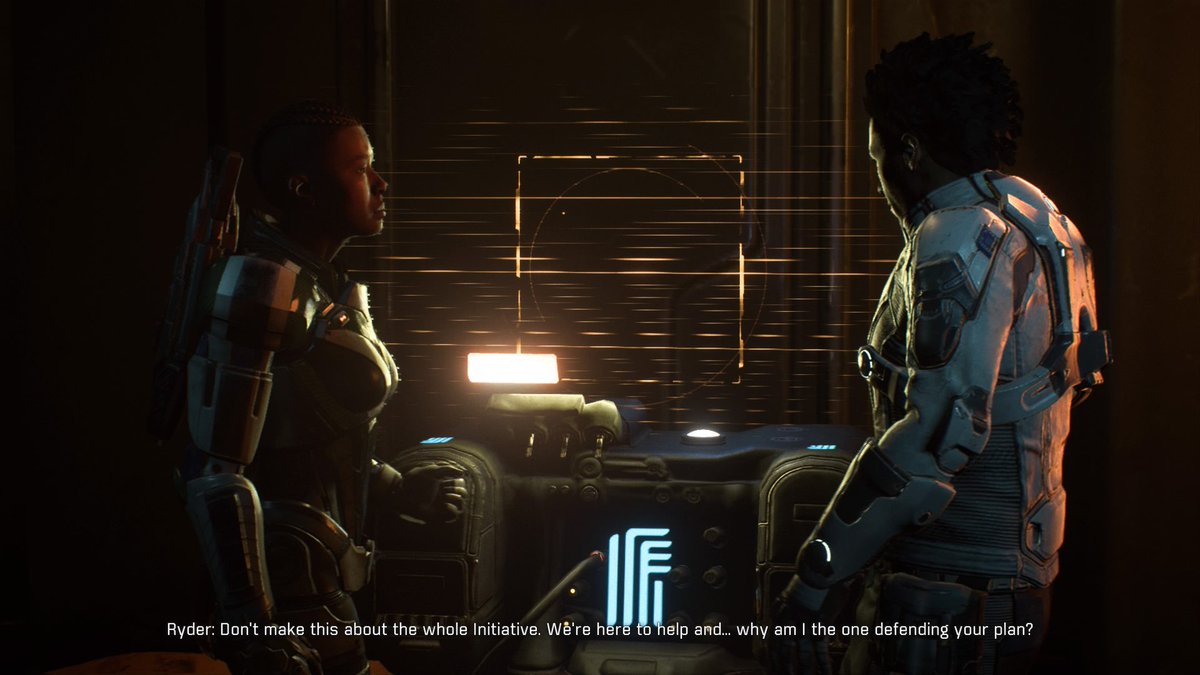 This is definitely not how these things usually go.

The biggest thing is that I’ve finally reached a point in the game where my crew are finally giving me some leads on their friendship missions, and so far I’m enjoying the heck out of them.  The only one I’ve completed so far is Liam’s, and my opinion of him has done a one-eighty since we nearly got flushed out an airlock together and he got really grumpy at how poorly his risky rescue mission went.  The way I’m playing Sara is that she’s very analytical, but she tries to keep things relaxed in the field because things get sort of wild and unexpected.  Best not to put additional stress on a crew that already have a lot of internal tension to deal with.  All that’s to say is that while every step of Liam’s friendship mission involves him doing something increasingly stupid to try to avoid getting in big trouble with the Initiative, Sara just went with it because honestly, the Initiative administration are kind of a mess and Liam always acted with the intention of promoting positive relation between the Angara and the Milky Way species.  He and Sara have an understanding between them now. 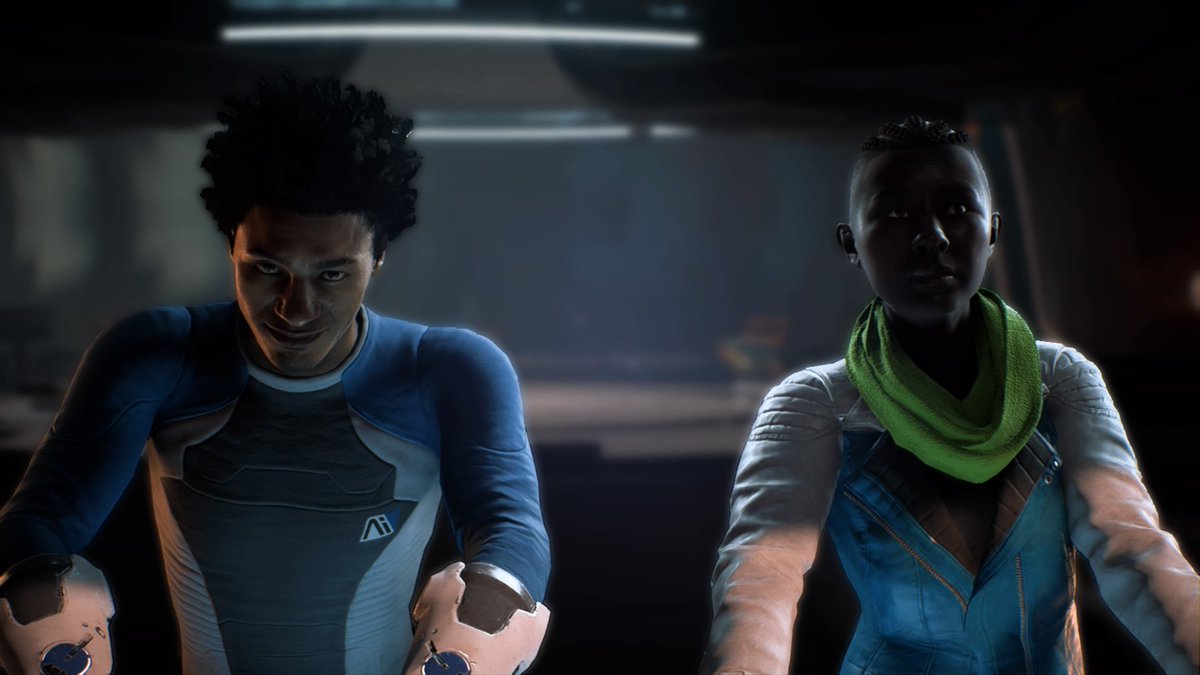 We’ve been through some stuff together.

The whole thing was also hilarious; I couldn’t stop cackling at how poorly the whole operation goes.  It’s really endearing to see Liam have a major crisis of confidence because his inherently risky job sometimes involves making decisions that don’t pan out the way he wants them to while Sara just laughs her way through a life-and-death situation.

Following that whole misadventure, I’ve had a blast with Kadara, the planet that’s inhabited by factions of exiles from the Nexus.  It’s a really pretty world to drive around, and having some stories besides the endless Angara and Kett war was refreshing.  I also got to catch up with the guy who I exiled for attempting murder even though the court records officially say he was exiled for actual murder.  Turns out he’s doing alright on Kadara; his wife followed him, and they’re rebuilding a decent life on the planet with acid water (I’m sure it helps that I fixed the acid water problem). 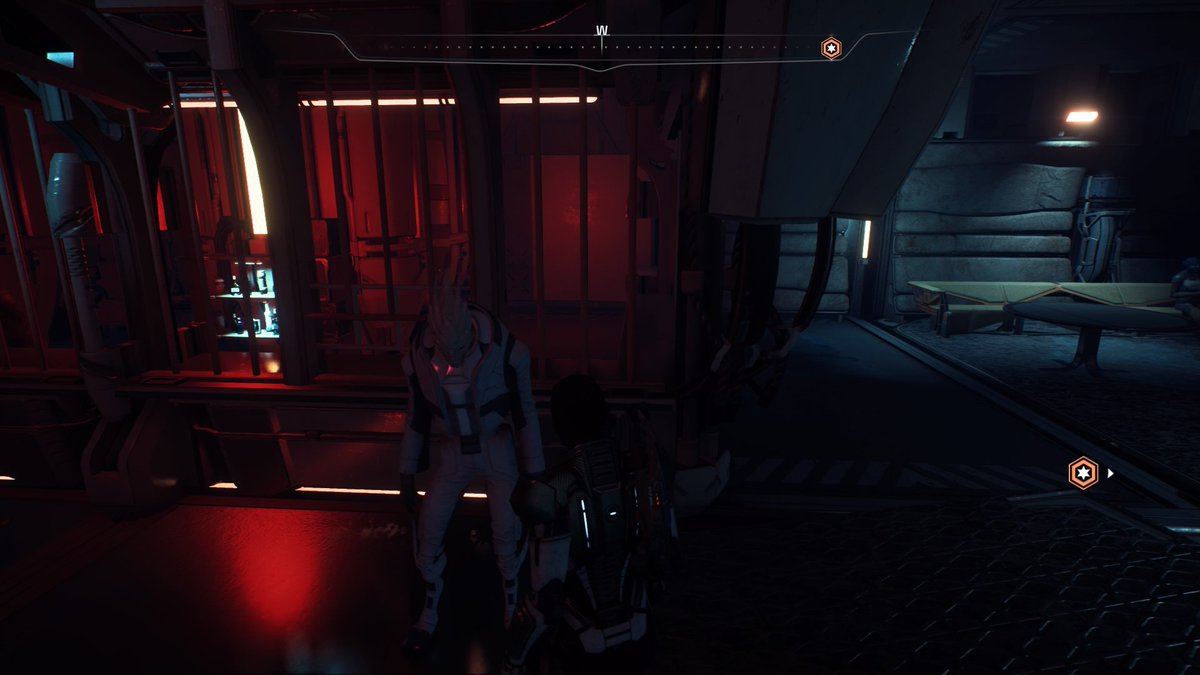 See, he’s fine. Also if I have one complaint about the visuals it’s that the lighting is atrocious in darker areas; Sara ends up looking like a black void in low light because I went for the darkest skin tone available at character creation.

In other relationship stuff, I’ve been disappointed that there’s not really been anything interesting to speak of between Sara and Suvi.  They are taking things very slow apparently, which is fine.  In the meantime, Sara might have started up a friends-with-benefits arrangement with Peebee because, well, it’s Peebee.  I like to think that Sara and Suvi have established that they’re not exclusive yet as they’re still feeling things out, and that’s why it’s okay that Sara will periodically disappear into the escape pod… with Peebee… while Suvi’s on duty at the bridge only a few feet away.  It’s strictly a physical thing, to be clear; in my mind Sara and Peebee work better as friends than as romantic partners.  Anyone can see that Peebee has major commitment issues, and it’s best not to get too tangled up in that emotional mess.  Whenever Suvi and Sara do finally get to talk more about their relationship, then I’m sure Sara will be happy to go monogamous.  Maybe they’ll be able to cuddle at movie night while they eat Suvi’s specially prepared snacks that no one else is willing to try.