I expect this week’s thoughts are going to be relatively brief because Powers of X #3 signals the transition from the world setup and super think-y bits of the series’s early issues to the more action-oriented middle act.  It’s a perfectly fine, very fun issue, but I very rarely have much in the way of deep thoughts when it comes to books with a high ratio of punching to talking, and there is definitely a lot of punching here. 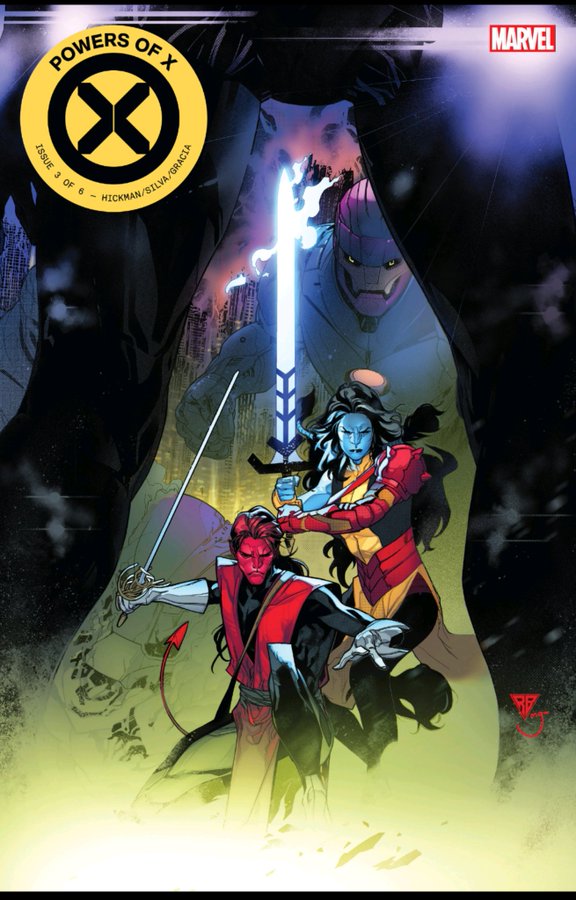 These two characters are hella flat given what we’ve seen of them. I wanted a chance for them to grow and establish personalities beyond grumpy dystopic palette swaps of legacy characters that everyone already loves. (Cover by R B Silva & Marte Gracia)

The big fan thoughts generally go like this for me: I am a little disappointed that the twist of the issue was actually what folks on Twitter guessed it would be last week, and not a small part of that disappointment is honestly tied up in my own dislike of the turn itself.  That the Year One Hundred timeline is actually an extension of Moira’s ninth life is perfectly fine as a story beat, especially in the context of the marketing around HoX / PoX proclaiming that it is not a what-if or alternate timeline story.  Technically that’s still true as this stuff happened in a timeline that precedes and impacts the events in the primary timeline with which the macro story is concerned; on a more thematic level, I’m irritated that at least one of the future stories is part of a time loop that is important specifically for the X-Men in the present day.  I’ve already seen speculation that Year One Thousand might be part of Moira’s mysterious sixth life, which doesn’t really excite me terribly as a story beat.  All these big ideas about transhumanism, the Singularity, and various other vaguely apocalyptic things in the future stories are really fascinating to me as exemplars of speculative fiction that grapples with present day anxieties.  I like the idea that the future X-Men are dealing with the fallout from major decisions their predecessors made, and the consequences of these stories are primarily important to those characters.  One of Marvel’s classic time travel conceits is that there is no way to actually erase an extant time line; the people who live there, who can’t escape because of comics plot, must still grapple with the reality of their worlds.  They deserve to be characters of consequence in their own stories instead of the backdrop for a plot point in someone else’s story from the past.

The paradoxically optimistic and cynical train of thought that balances all this out is that superhero comics are ridiculously flexible when it comes to inserting characters into more stories even after they’ve died, and there’s good precedent for doing interesting stuff with time-displaced folks who pop up in regular continuity, especially in the X-books.  If fans want these painfully flat idea vehicles to appear again, it will probably happen eventually.

Setting aside all of that general grumpiness, I do find myself feeling some genuine affection for Hickman’s version of Xorn.  This is a character with a really convoluted history that actually involves two different characters who share the name (I think because Xorn is meant to be, instead of a superhero code name, a Chinese surname).  He’s a blind spot in my own knowledge of X-men trivia beyond what happened in the Grant Morrison run, but I really enjoy this pessimistic existentialist Death version.  I take some issue with calling him a nihilist because, while he talks a big game about looking forward to annihilation, he acts in a way that shows consideration for the world he’s looking to leave.  Nihilists with power do terrible things like crush people underfoot for short term personal gain (see: any international headline of the last week); Xorn just meditates on the commonality of death and talks about it to a slightly obnoxious degree while cooperating with his comrades on a mission to save a hypothetical alternate timeline that they won’t get to enjoy.  He is my good existential boi.

Xorn, you’re more than a superstar. (Artwork by R B Silva, colors by Marte Gracia, letters by Clayton Cowles)

The other elephant in the room with this issue also pertains to Moira’s identity as the mutant in the sarcophagus who has the incredibly loaded codename Mother.  Take a moment to enjoy that she’s also Apocalypse’s Akkaba, the source of all the prophecies that dictate what Apocalypse does, and then turn to the fact that Hickman continues to push the significance of Moira as the would-be savior of mutantkind to ever greater heights.  If Xavier wants to be the Christ figure, Moira’s campaigning hard to be the mutant Mary.  At this point, I feel like there’s some major thematic significance to all this, but I think we need to wait until the story is more complete to figure out what it all is supposed to be.  By the time this is over we’ll be getting into the Dawn of X era on the X-Men line, and who knows what sort of ways Moira will end up being venerated in the long run.  For now, I think it’s enough to gawk at the most ham-fisted bit of yonic symbolism I have ever seen in a mainstream superhero comic. 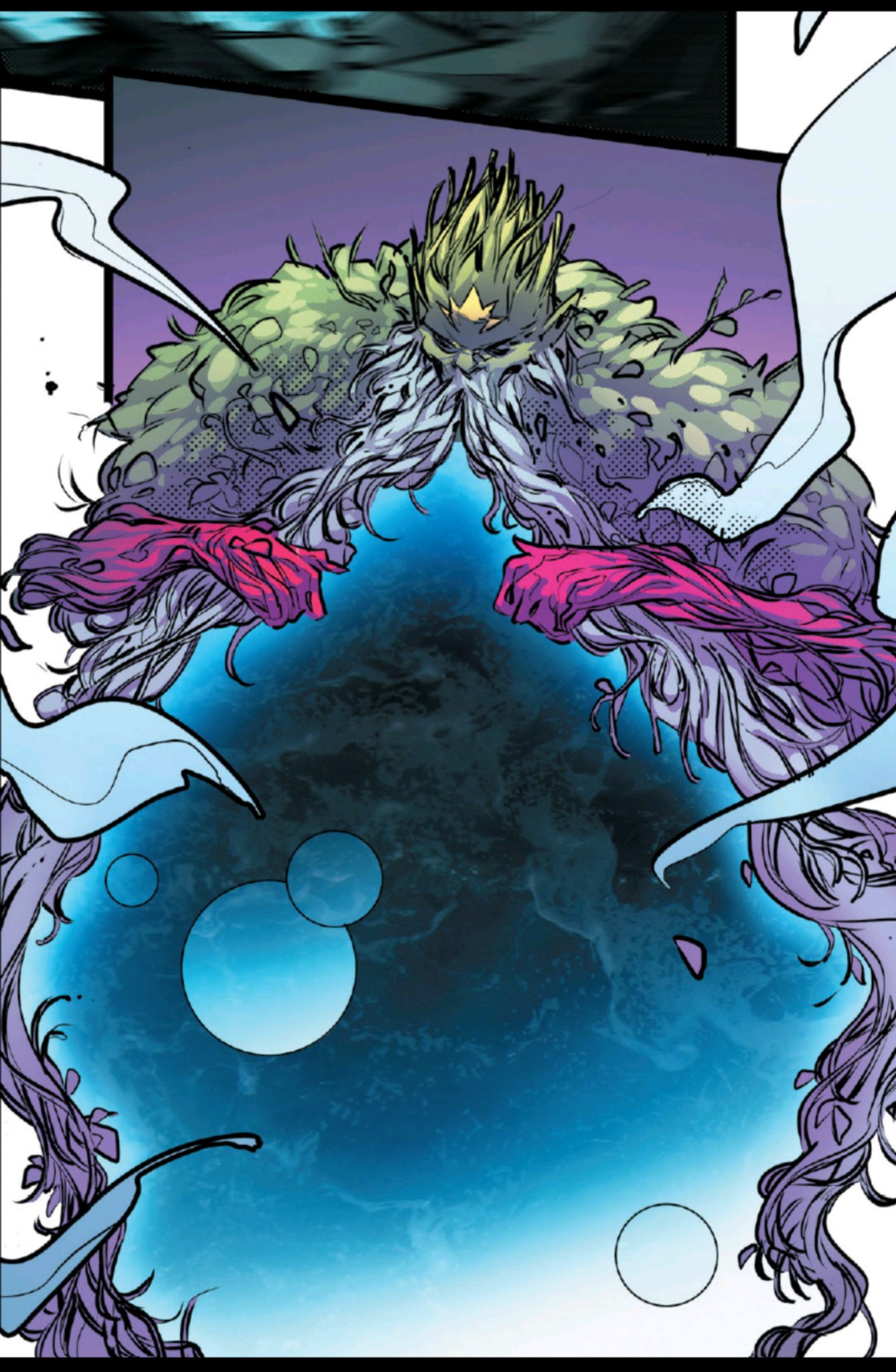 Do you see it? (Artwork by R B Silva, colors by Marte Gracia)

I’m honestly amazed Marvel okayed this image in one of their books.

Update: The weekly HoXPoXToX is up (at Polygon!), so definitely check that out.  It’s essential reading at this point if you’re following Hickman’s series.