Another day, another sketch!  I’m really enjoying the practice that I’m getting doing all this on-demand drawing at this point.  I expect I will be feeling a little differently the longer this streak goes on.  For now though, let’s just focus on the positive.

The theme for today was “Mindless,” so I decided that I’d do a combination sketch of two characters who go at the concept from different angles.  The primary subject is Xi’an Coy Manh, Karma, of the New Mutants, and the secondary one is Santo Vacarro, Rockslide, of one of the younger X-Men teams.  Karma’s mutant power allows her to possess people (it’s a very specific form of telepathy), while Rockslide is actually a psionic metamorph.  His powers originally manifested as his body turning into mobile stone, but it was eventually discovered that he’s actually become a disembodied psychic entity who telekinetically wills a body into existence for himself.  His head is literally full of rocks.

Anyway, here’s the sketch.  I had the most fun with the visual effect for Karma’s possession power.  It’s a very distinct look like a chunky halo.  All I can say is that straight edges and circle stencils are my friends. 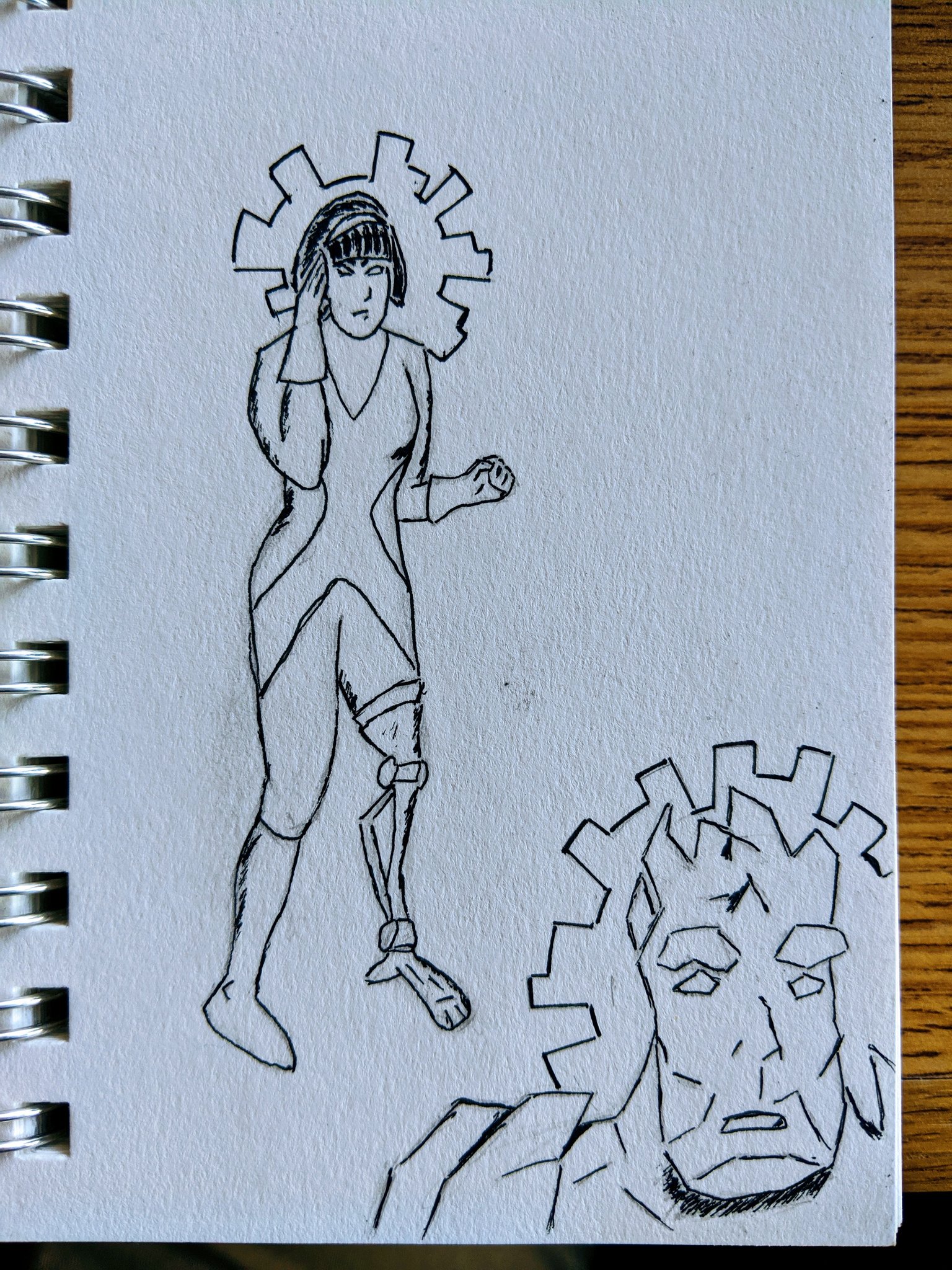 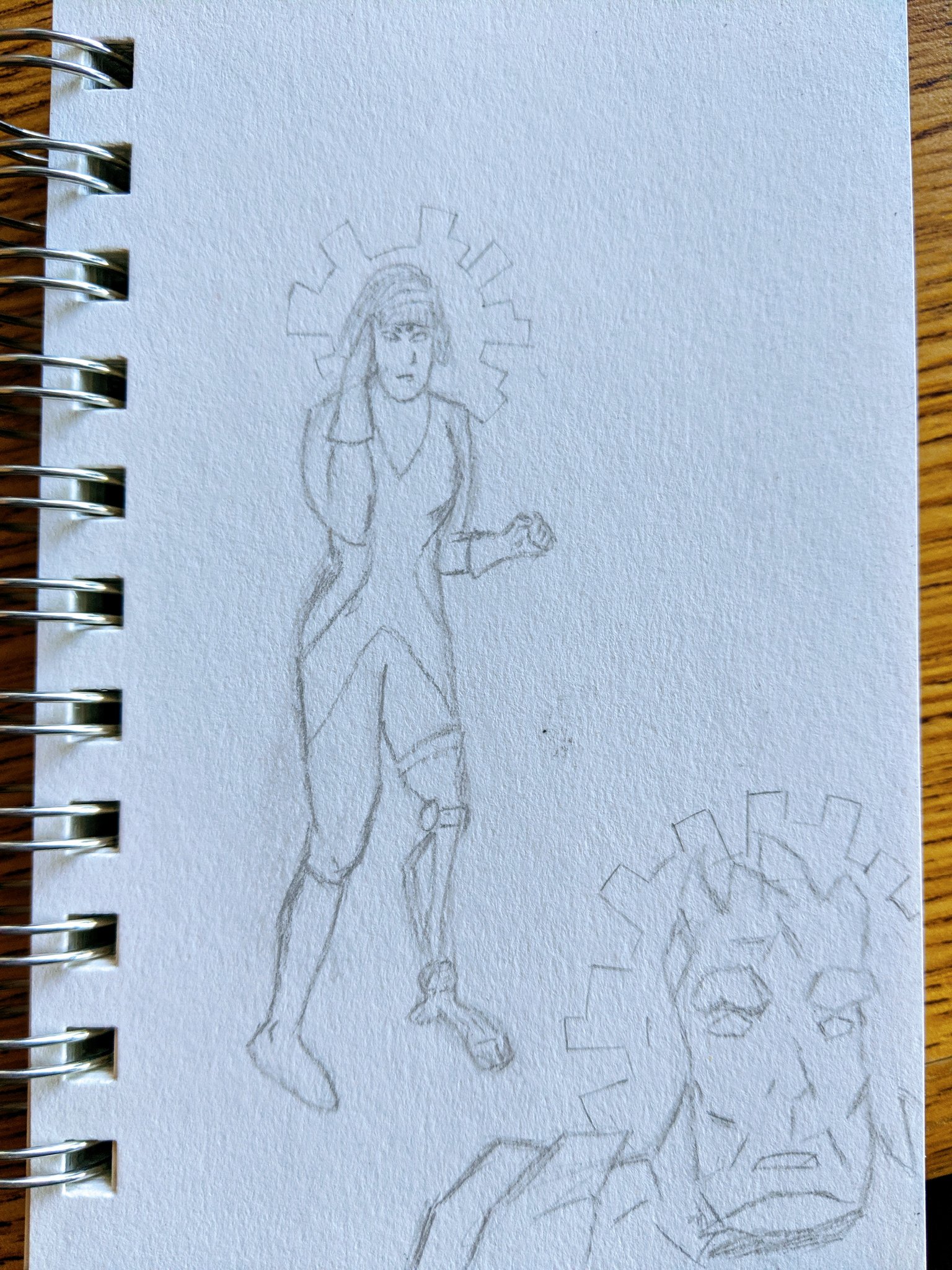 Bits that were also fun for this one include Karma’s robot leg and the fact that because Rockslide’s body is literally made of jagged rocks, I was able to play with building a face out of all straight lines and angles.  Good times!