I’ve finished the first week of Inktober with seven new drawings!  Hurray!  Time to move on to the next set, right?

For today’s drawing I knew early on that I wanted to have two figures, but I took some time to think about how I wanted to frame it.  The first impulse was to do something like two standing figures in profile, but then I realized I could visualize something a little more dynamic, so I decided to go for it.  I’m really happy with the over-the-shoulder view that I ended up with, although when I look at this drawing now I can already imagine how I’d want to revise the pose for the primary subject.  Thinking about how motion is conveyed is always a fun puzzle, and given that this one is all about one person punching another in the face and the second person recoiling, it’s definitely important to make sure the before and after of the image are clearly communicated too.

The prompt for today is “Frail” which immediately presented a challenge for me with my added considerations of alternating genders each day.  I very well didn’t want to draw a woman being frail precisely because I don’t think there are any positive connotations you can put on that combination.  So I decided that I’d invert the prompt by drawing someone who’s extremely physically strong.  Joanna Cargill, who sometimes goes by the code name Frenzy, has steel hard skin and enhanced strength.  In one alternate universe she was romantically involved with Cyclops, whom she insisted hit her with the full force of his optic blasts as foreplay.  Her visual design originates with the look of athlete Grace Jones in the ’80s.  She’s about as far from frail as you can get.  The person she’s punching is Victor Creed, Sabretooth, a recurring X-Men villain who has misogyny baked into his character concept.  One of the salient features of his characterization throughout the ’80s and ’90s was that he especially enjoyed violently assaulting women.  When he’s morally inverted to be a hero (it happens more often than you’d think), he tends to have a bit of benign sexism baked in.  The cherry topper on making him Frenzy’s target is his favorite term for any woman: “frail.” 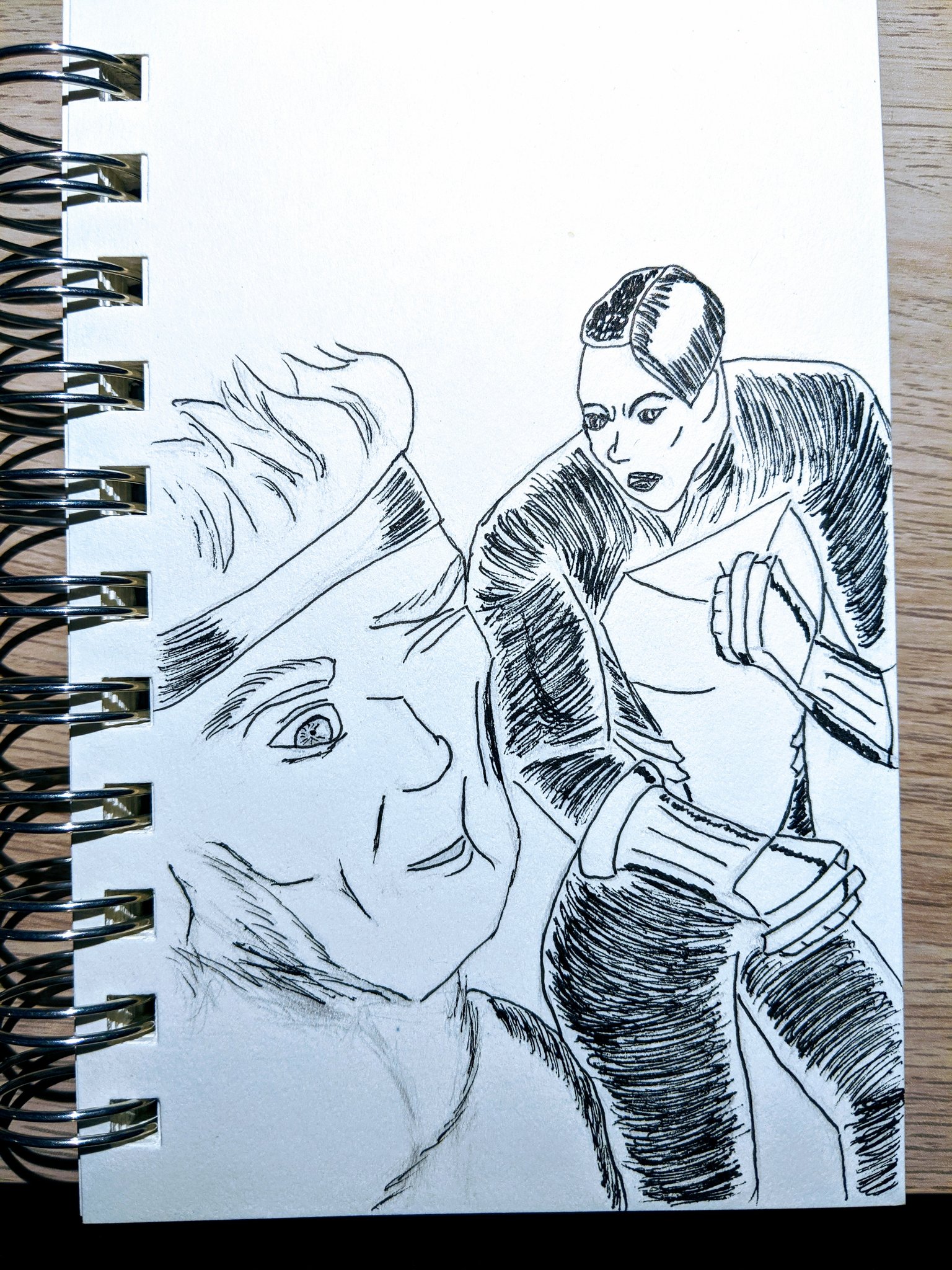 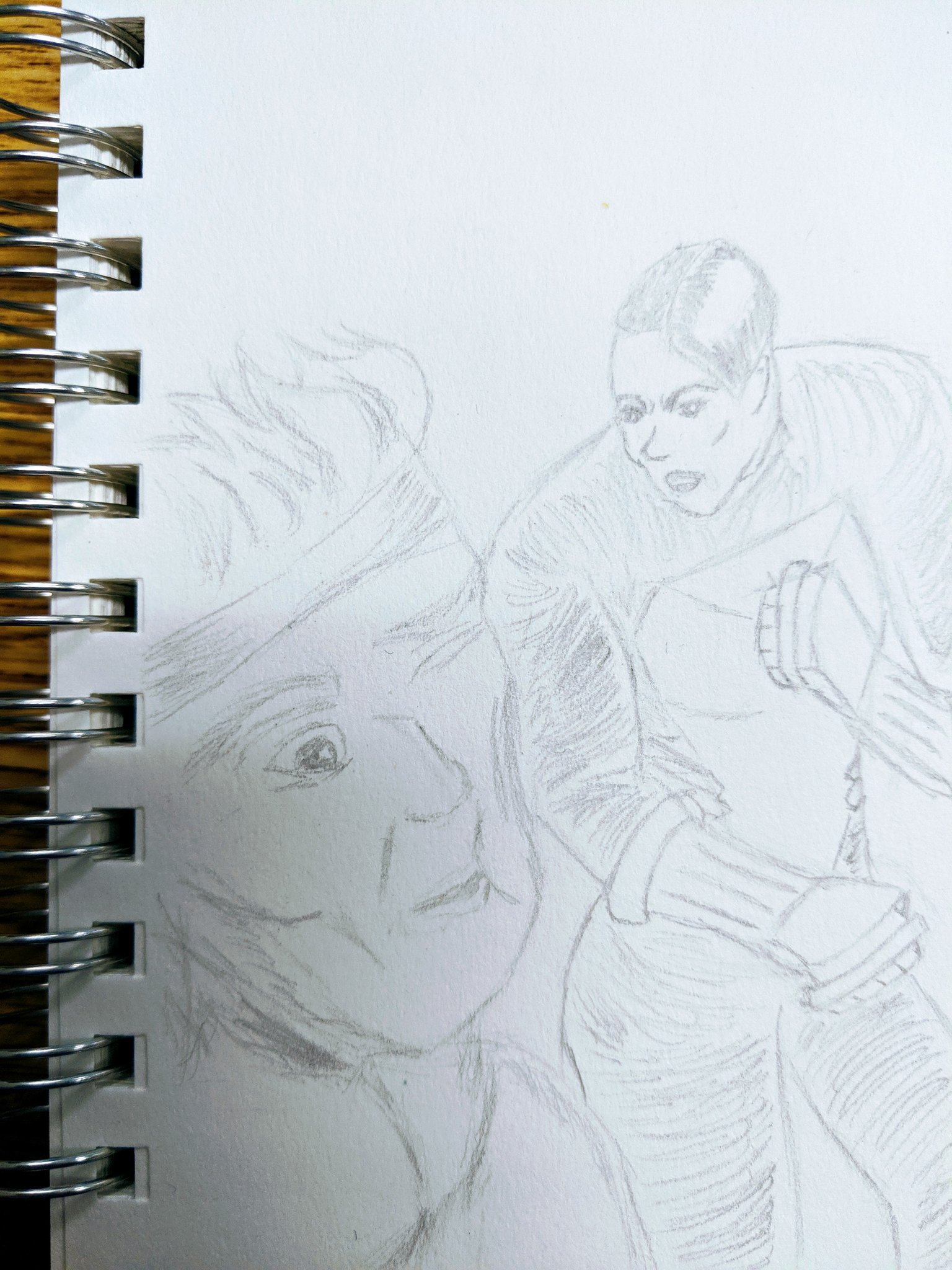