It’s a short week at work, so things have been this paradoxical combination of laid back and super stressful, mostly because everyone’s aware it’s a short week.  Still, for all the extra stuff going on, I’ve been trying slightly more ambitious drawings.  For today’s drawing, I wanted to do a couple props, which given my adventure with the wheelchair last week, might have turned out not so great.  I think the decision to freehand the geometry on this chair was a good one, even if the perspective probably isn’t quite what it should be (someday I’m going to practice more extreme perspectives).

The prompt for today is “Swing,” which, given the fact that I’m doing an X-Men themed Inktober, pretty quickly put me in the mind of Spider-Man, which would be great if it were just a generic superhero theme.  I think I fixated on that idea for “swing” for a couple days before I remembered that more than people can swing.  I settled on Barnell Bohusk, formerly known as Beak before he was depowered.  Beak, when he was a member of the X-Men, had the physiological features of a chicken on a humanoid body, and he carried as his primary mode of defense a titanium baseball bat.  From there I got the phrase “Swing, Batter!” caught in my head and then thought, “What if Beak were Cameron from Ferris Bueller’s Day Off?” 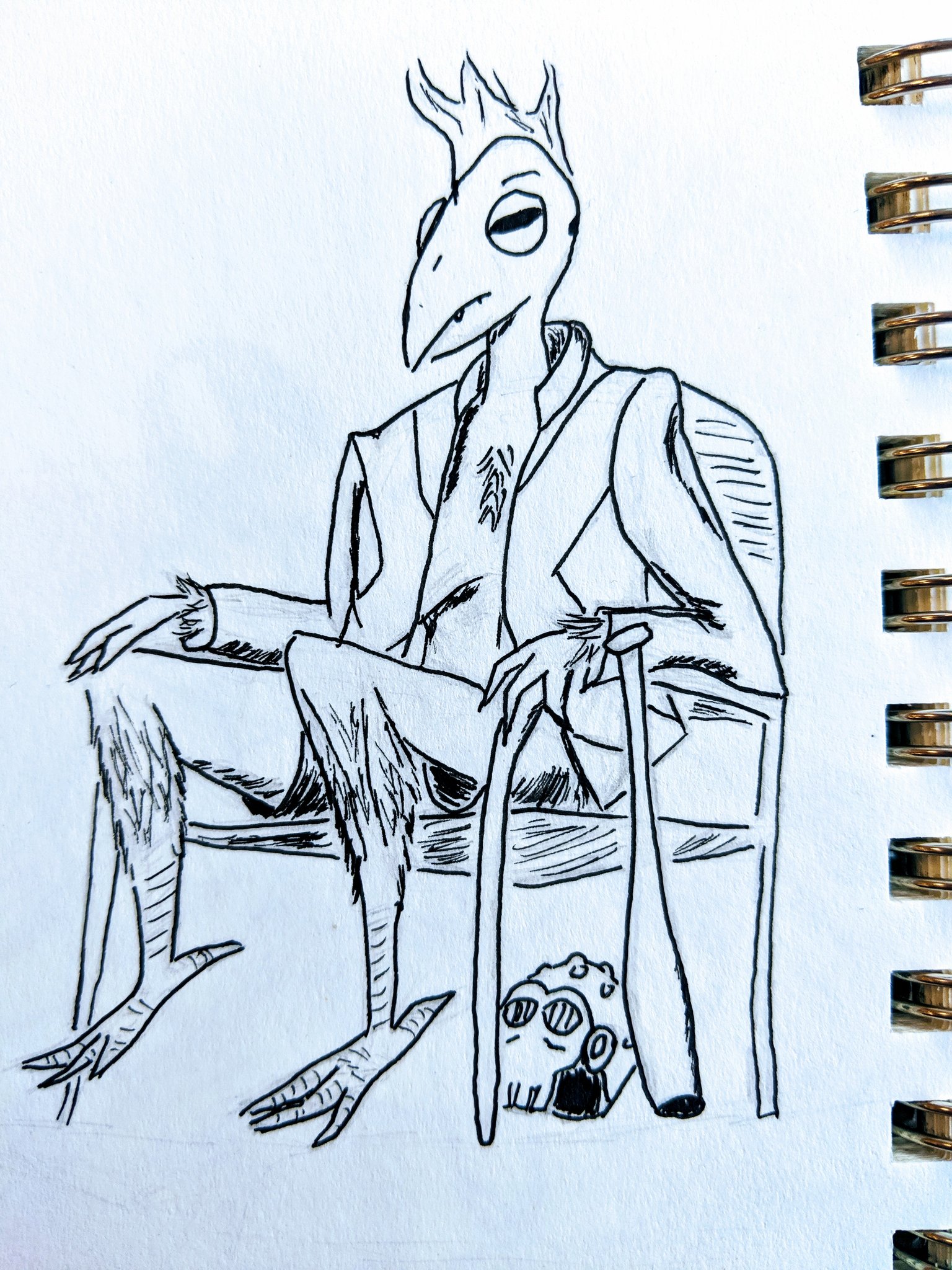 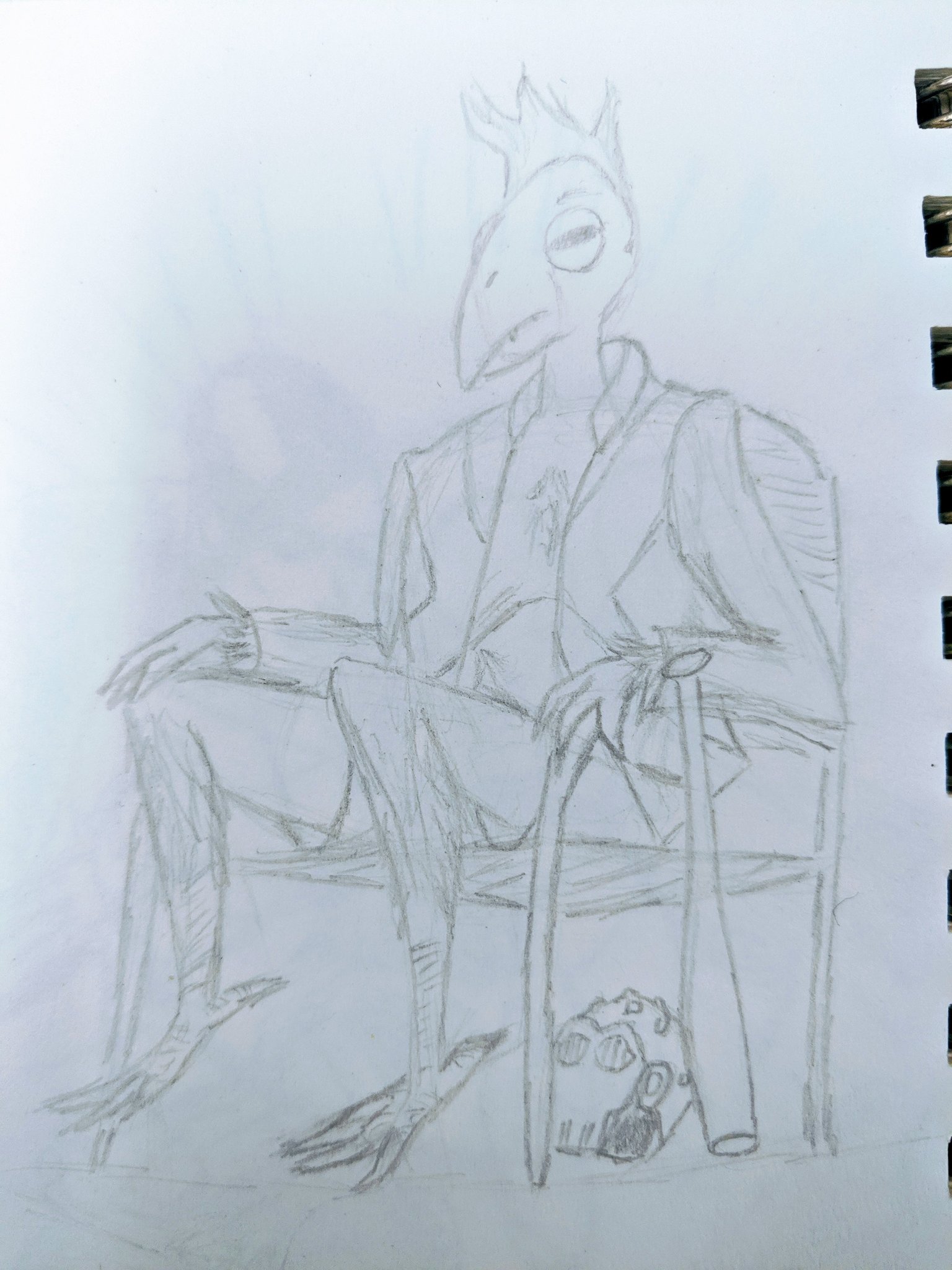 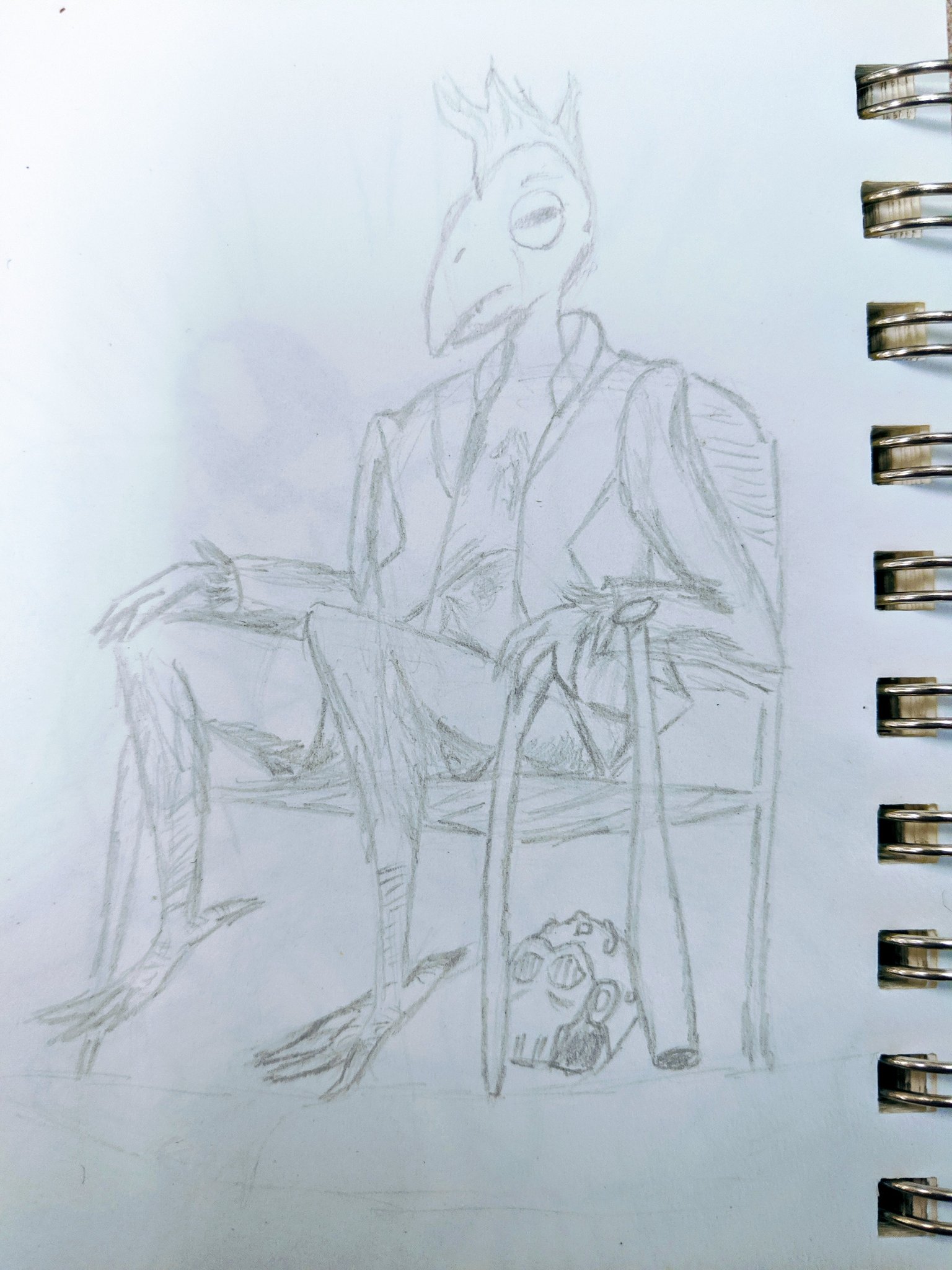 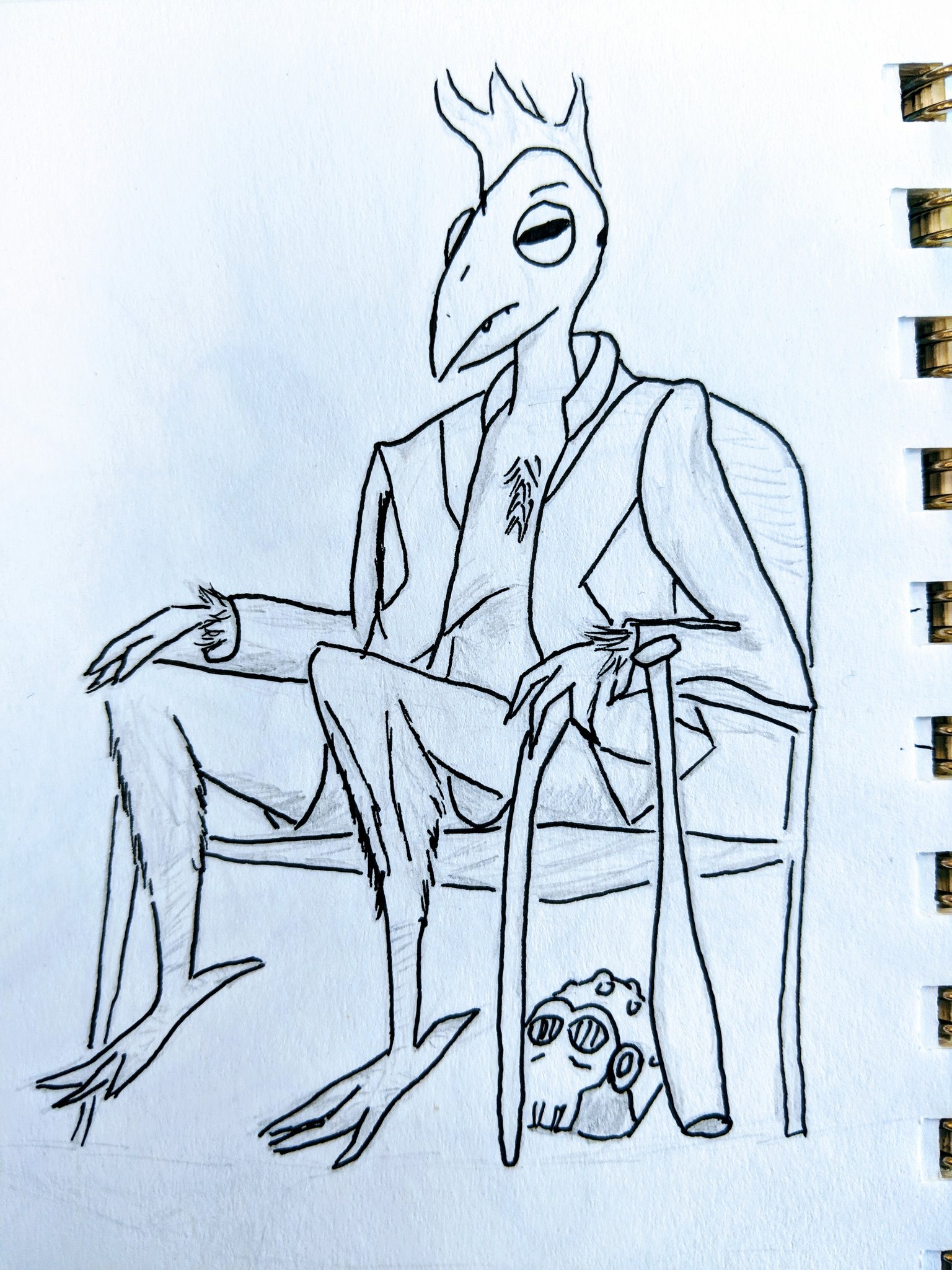 It was a lot of fun conceptualizing this one and considering what details would work to communicate character beats, like Beak’s affection for the Xorn that Magneto pretended to be and also his deep personal pride at being a member of the X-Men.  I figured even while hanging out by the pool he’d wear his leather X jacket.  Fun times.