I’m not going to lie: I’m really proud of this one.  You get a prompt like “Pattern” and it seems to me like you have to try to do some interesting repetition, but then I had to balance that against the fact that I only gave myself a day to work on it.  That’s the main reason I went with a checkerboard motif, although I also knew I’d probably have a rough go trying to do any patterns that were more complex.  There was a nod to a more organically inflected pattern in the veins on the wings, which I tried to make as parallel as possible, but mostly it was all about those checkerboards.

The character here is Megan Gwynn, code name Pixie, who looks like a faerie because she’s actually half fae.  I don’t think that’s ever been revisited since the miniseries where it was revealed, but it’s a cute detail (a lot of mutants with features that connect directly with a specific folk creature often turned out to be descended at least partly from those creatures in the ’00s; it was a weird time).  Pixie’s wings produce a hallucinogenic dust that she uses to confuse enemies in combat, and she also knows a couple of rudimentary spells since her soul was partly corrupted by the demon lord Belasco when he was looking for a replacement for Illyana Rasputin to supply the rest of the blood stones he needed to summon the elder gods to Earth (it’s complicated).  Mostly, Pixie is notable for being a very cheerful teenager who is full of life and looking to prove herself with the X-Men (like Illyana, she doesn’t like being used exclusively for taxi service). 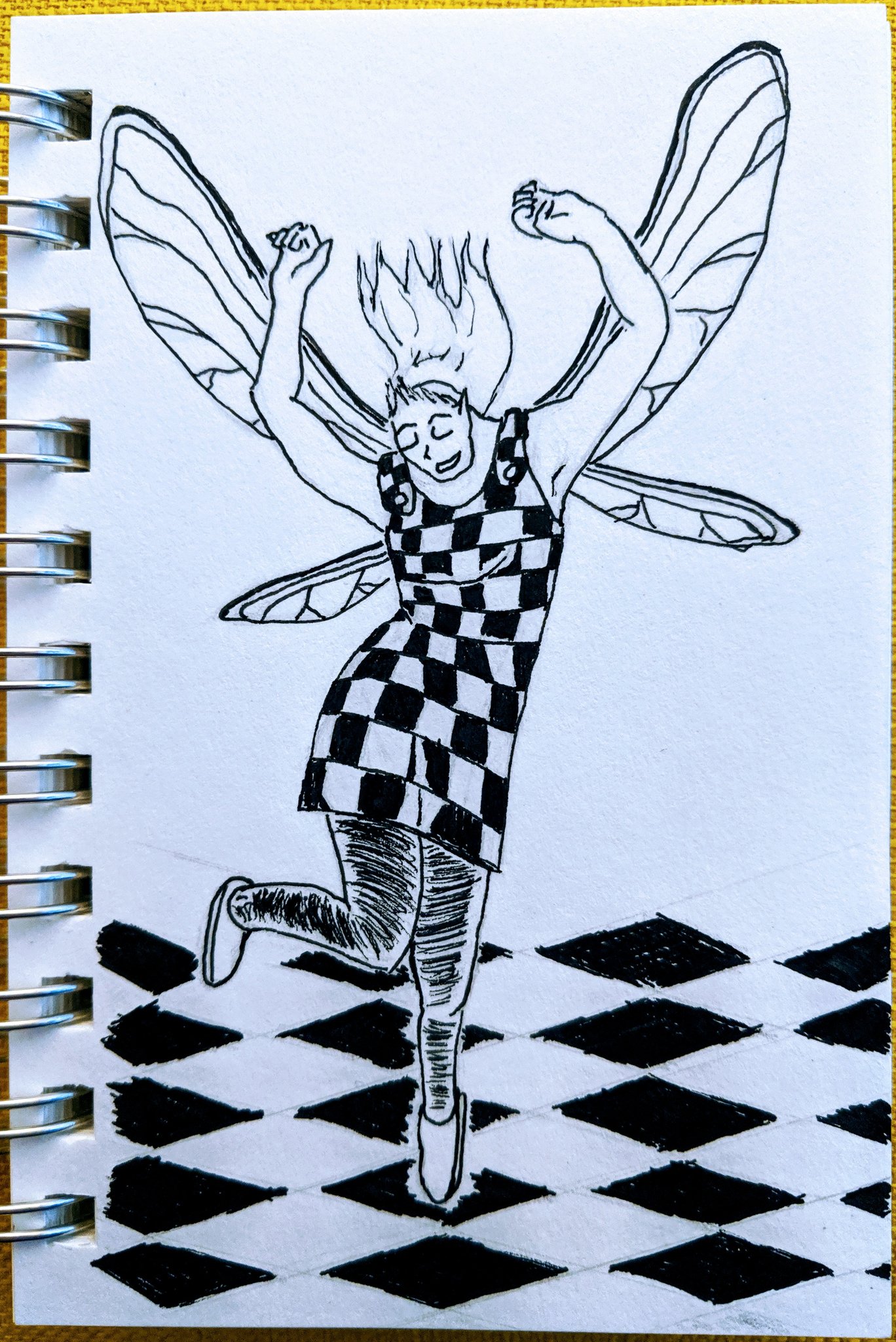 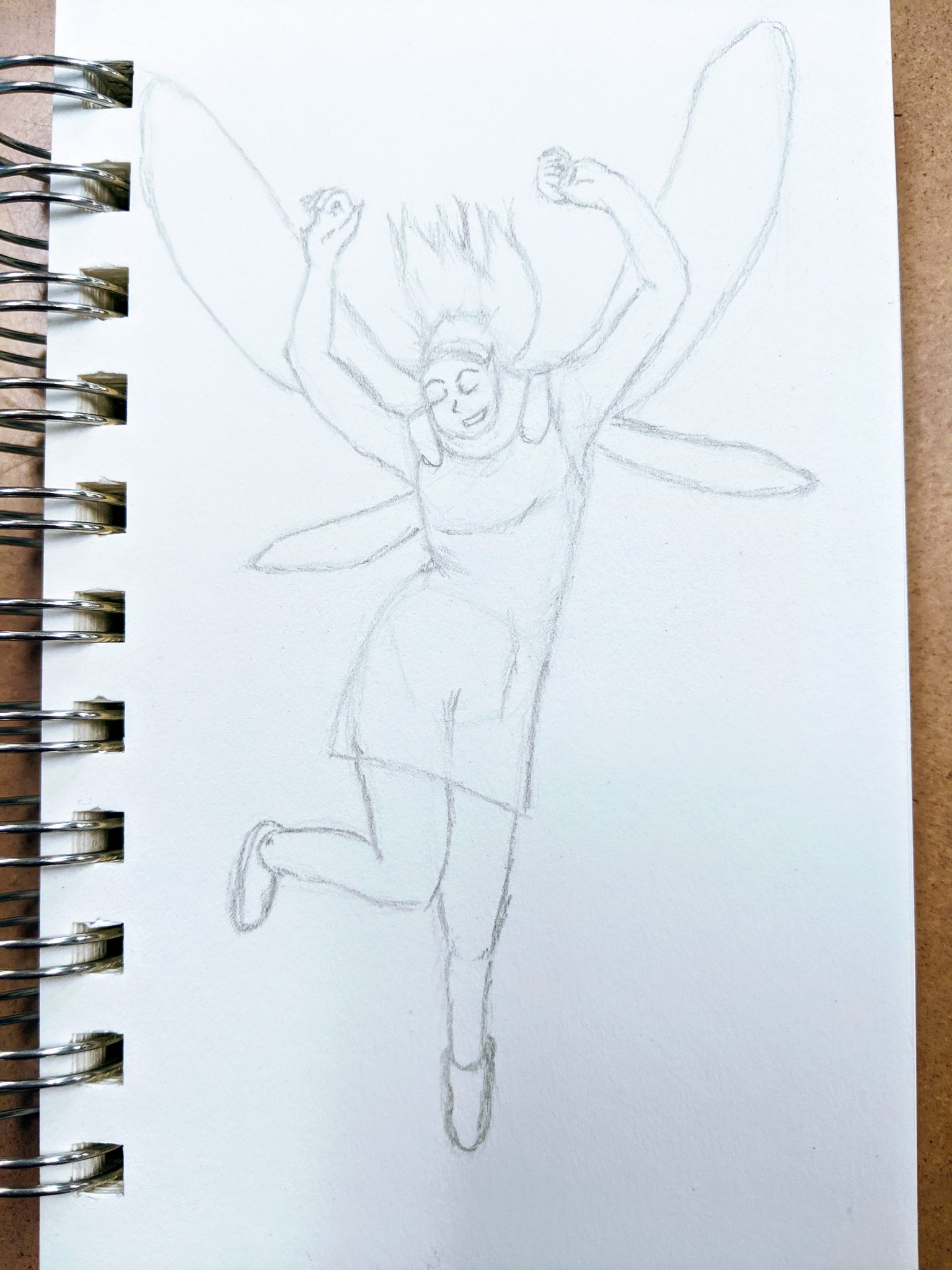 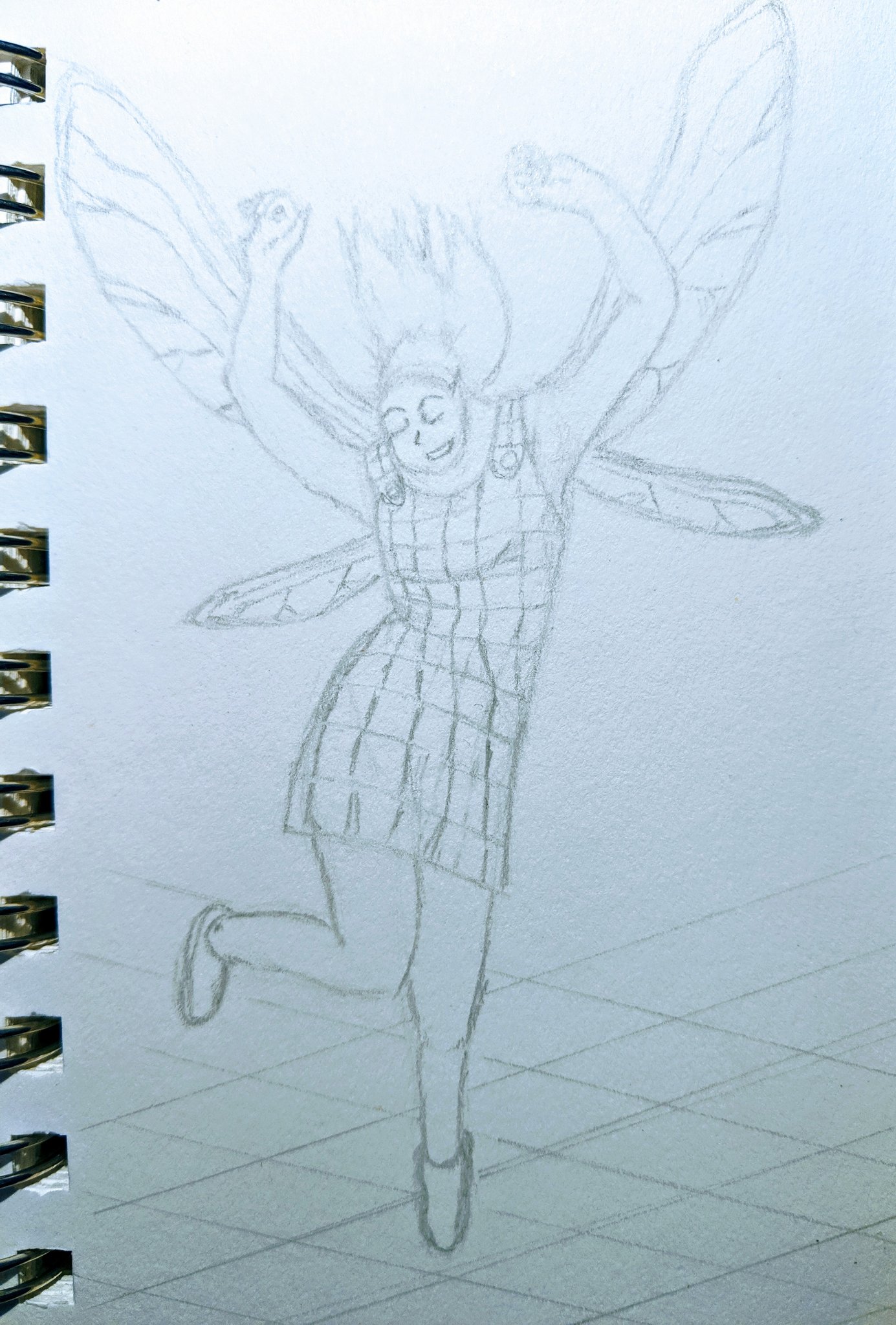 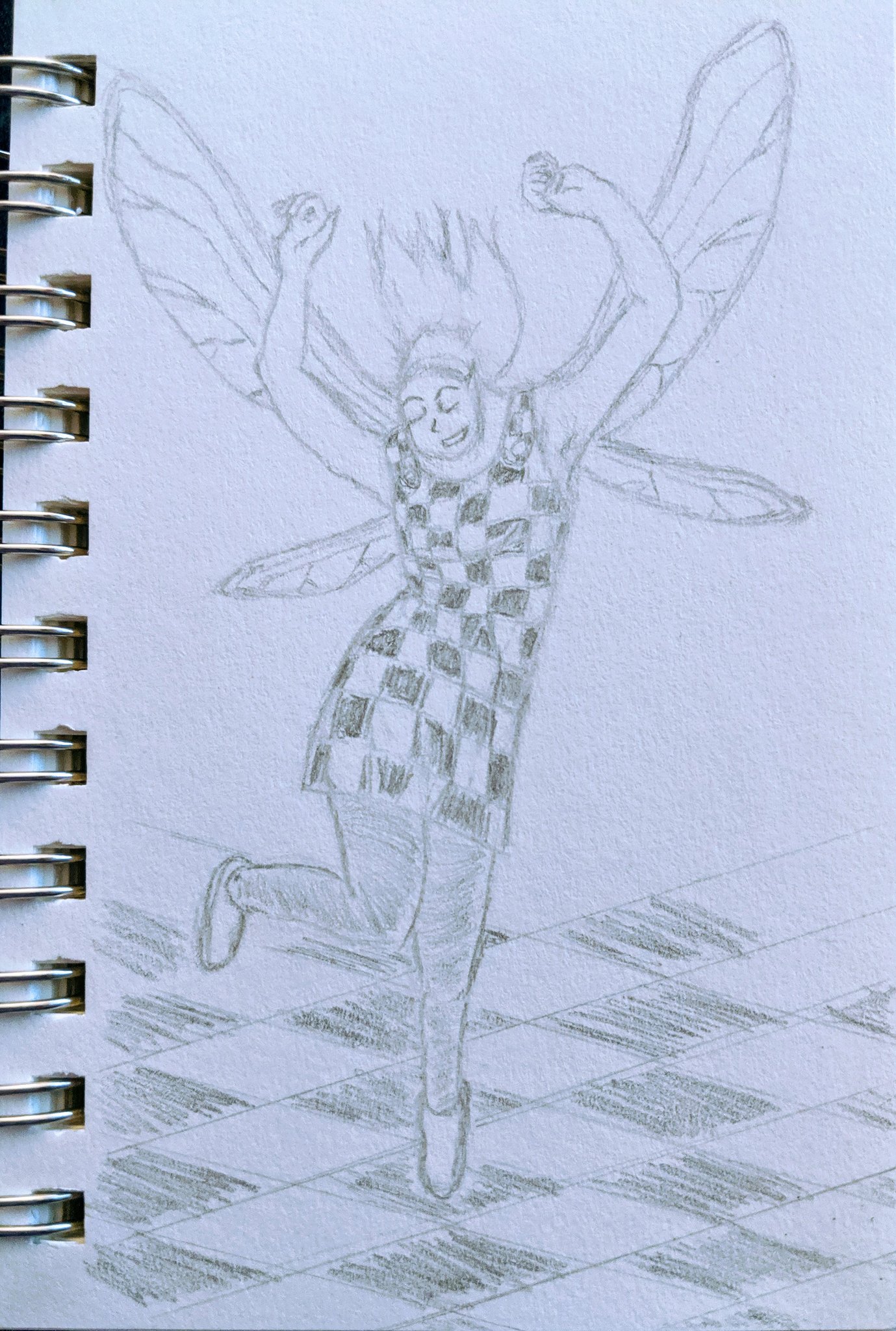 Besides the textures, which are clearly the defining feature of the drawing, I also feel like I finally got a good natural looking mid-motion pose.  I feel like I really hit all the little details like the hair being thrown up in the air and the arms flailing that really communicate the motion of the scene.  It’s obvious that she’s just about to land after jumping in the air while dancing.  Tomorrow’s picture, which is an homage to a specific comic panel, has none of that.