Eventually I’m going to stop coming up with characters and concepts for my drawings that require so much ink (probably around the time I unexpectedly empty one of my Microns in the middle of a project), but today is not that day.  It’s not tomorrow either, for that matter.  The big thing I was going for with today’s drawing was to convey a sense of grandeur and pomp.  I think I got there, although I continue to wonder how things would turn out if I were working on a larger scale.

The prompt for the day is “Legend,” and I fully admit that I did not dig very deep at all to come up with my subject.  When I think of X-Men and its surrounding mythos, the character who stands out the most as legendary is the villain Apocalypse.  It’s not necessarily because of anything he’s specifically done (he’s kind of an ineffectual villain), but more because he’s the character who implies with his age and powers a certain mystique.  He’s been alive since ancient Egypt, near the beginning of human civilization, and he’s set himself up as a god multiple times, so there are bound to be some legends about this guy. 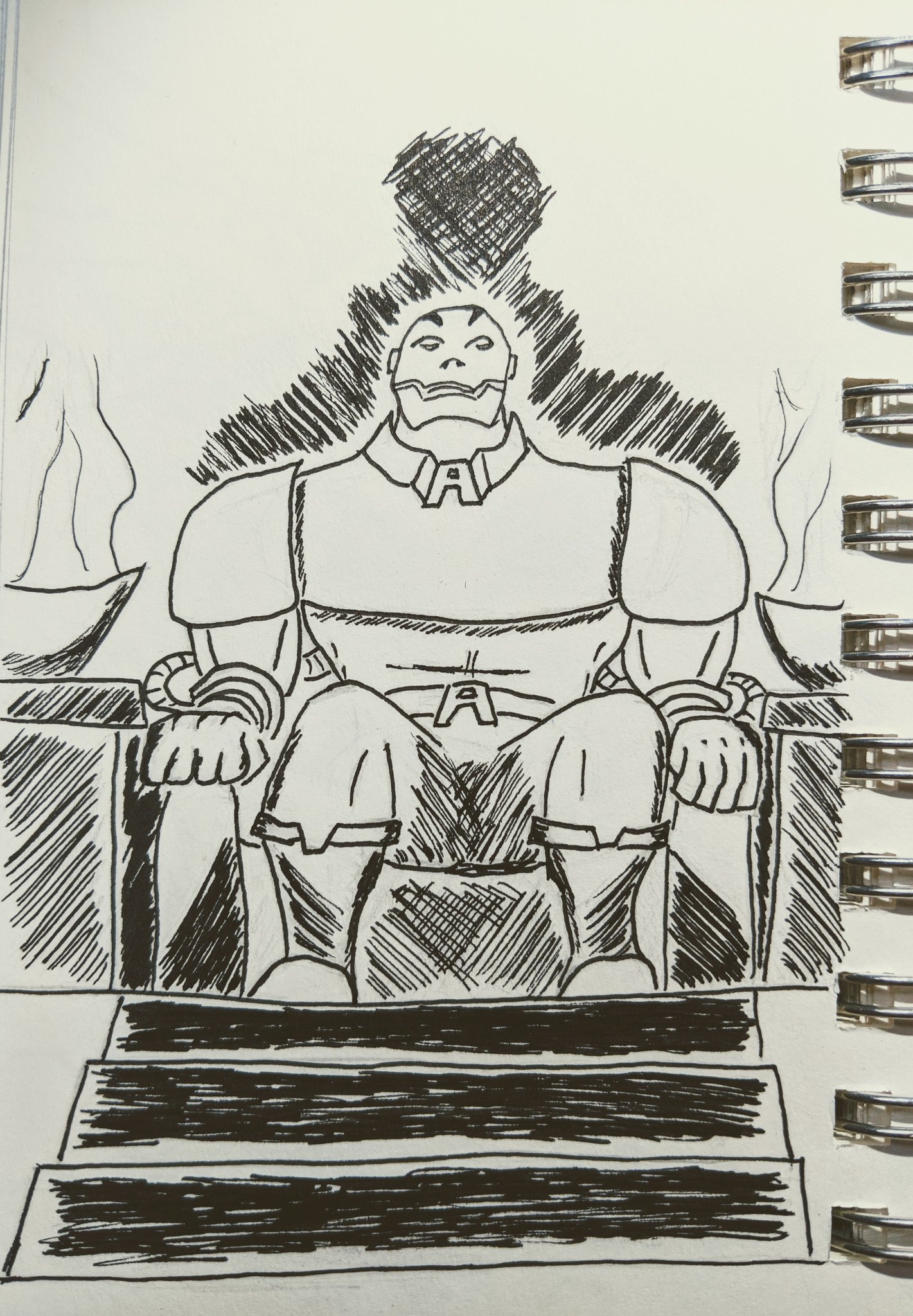 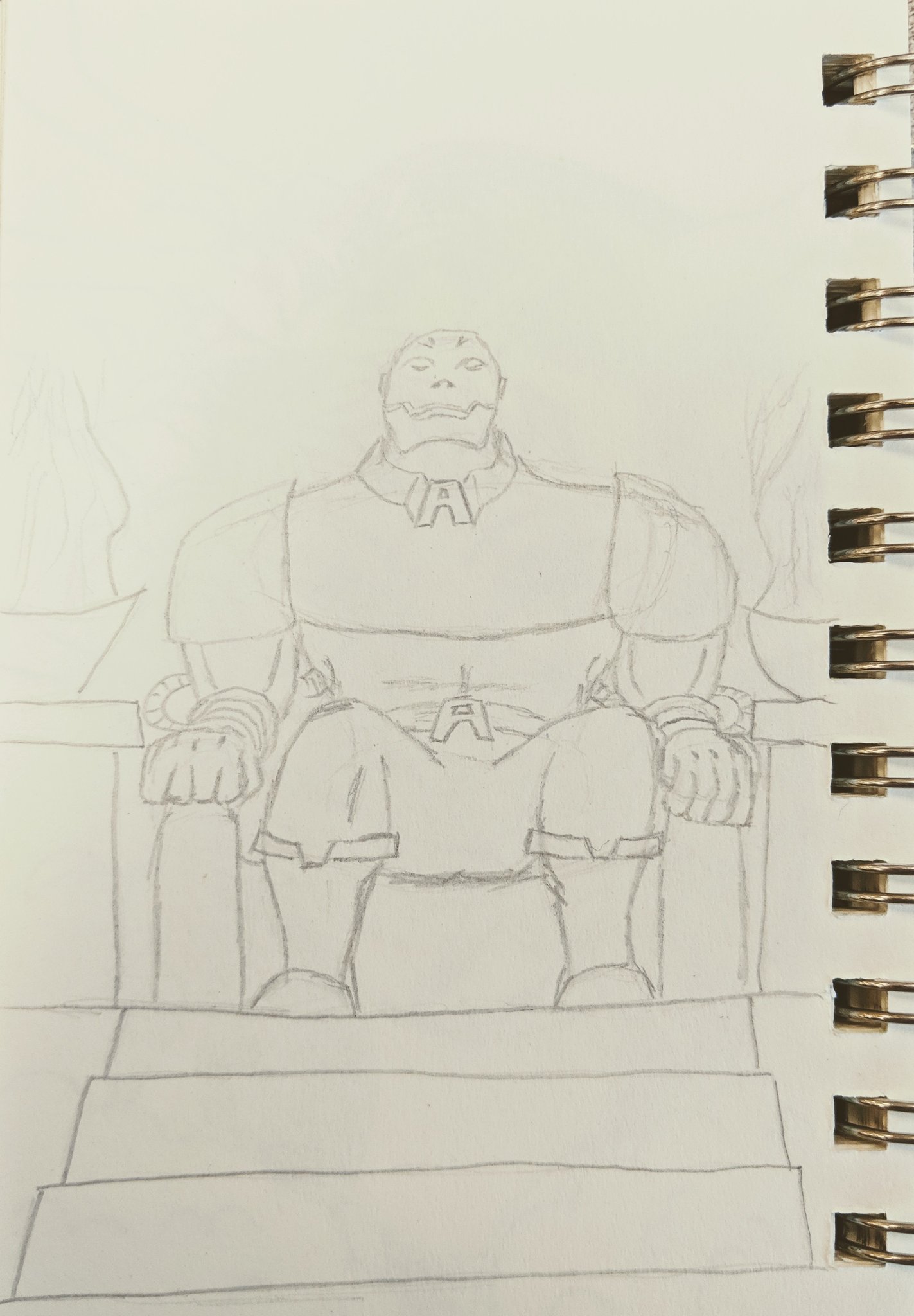 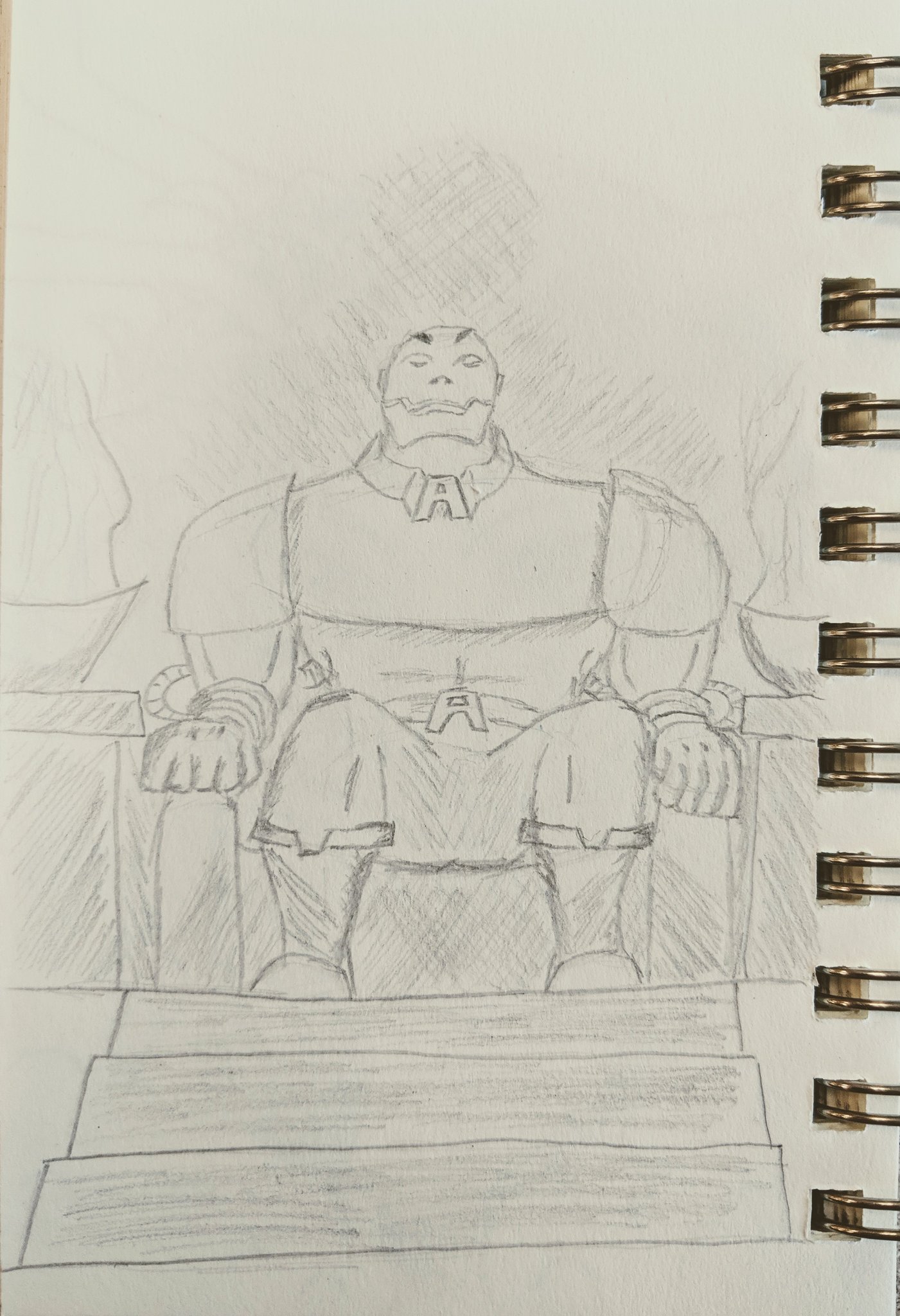 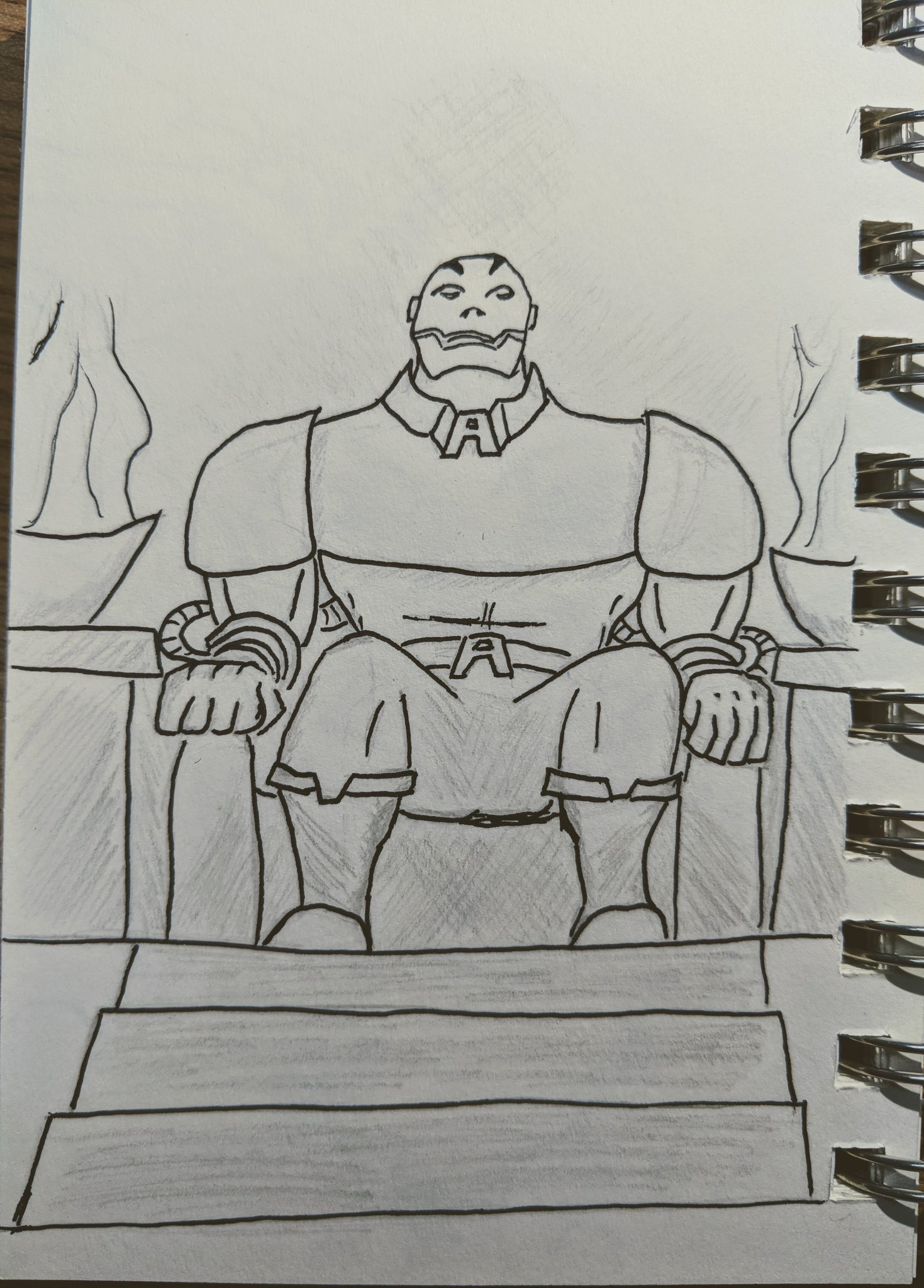