For today’s drawing I wanted to take a break from obsessing over shading and focus instead just on getting some clean lines.  This one’s a profile, which isn’t that difficult on its own (I enjoy doing profiles but they rarely feel extremely challenging; I’m sure this will change as I get better and realize things about profiles that just don’t occur to me right now), so I decided to add interest in the form of water falling on the subject’s head.  Figuring out how to convey transparency, especially in ink, has come up a few times in my recent drawings, and the technique I settled on most recently was the interrupted lines that are visible in this piece.  I think it’s a pretty good approximation of the distortion you get when light passes through a slightly opaque medium, especially a liquid like falling water.  Given’ the subject’s relatively intricate tattoo patterns, it was especially fun to play around with where to obscure the lines and where to draw them clearly.

The prompt for today is “Ornament” which only went about as far as putting Nezhno Abidemi, code name Gentle, in my mind because of his vibranium tattoos.  Gentle is one of the younger generations of X-Men who most recently featured prominently in the run of X-Men Red.  He’s a Wakandan national whose mutant powers involve near instantaneous muscle mass expansion and super strength and durability.  The vibranium tattoos were applied when he was a child as a way to help him manage seizures that he suffered when he was younger, but in the present their primary purpose is to restrain his powers, which haven’t been measured as having a clear upper limit.  Gentle’s base strength and muscle mass increases with every use of his powers, which will eventually kill him.  He’s a strong character designed with built in limitations that are meant to emphasize restraint in the way he acts; he should only be using his powers under the most dire of circumstances. 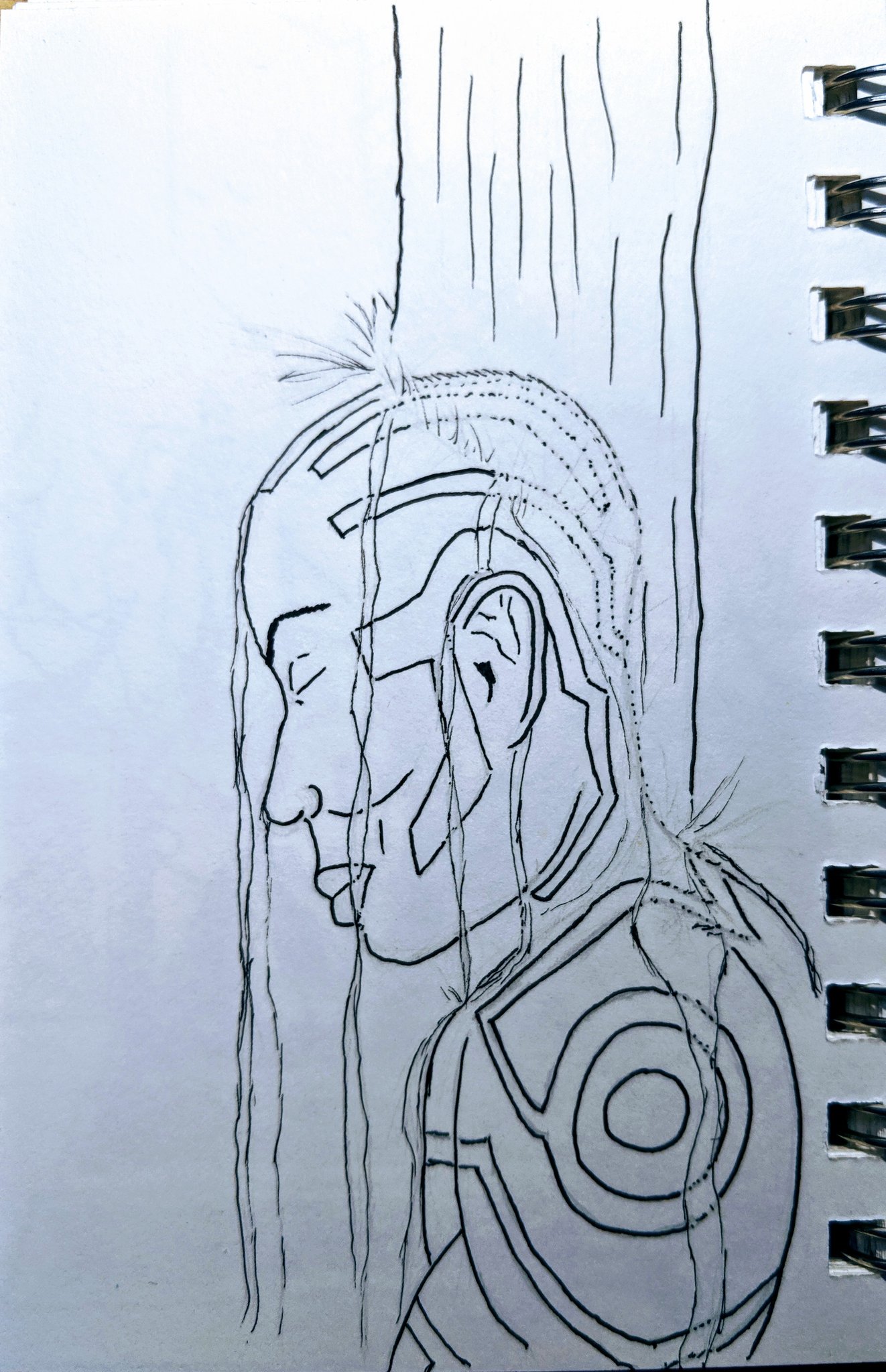 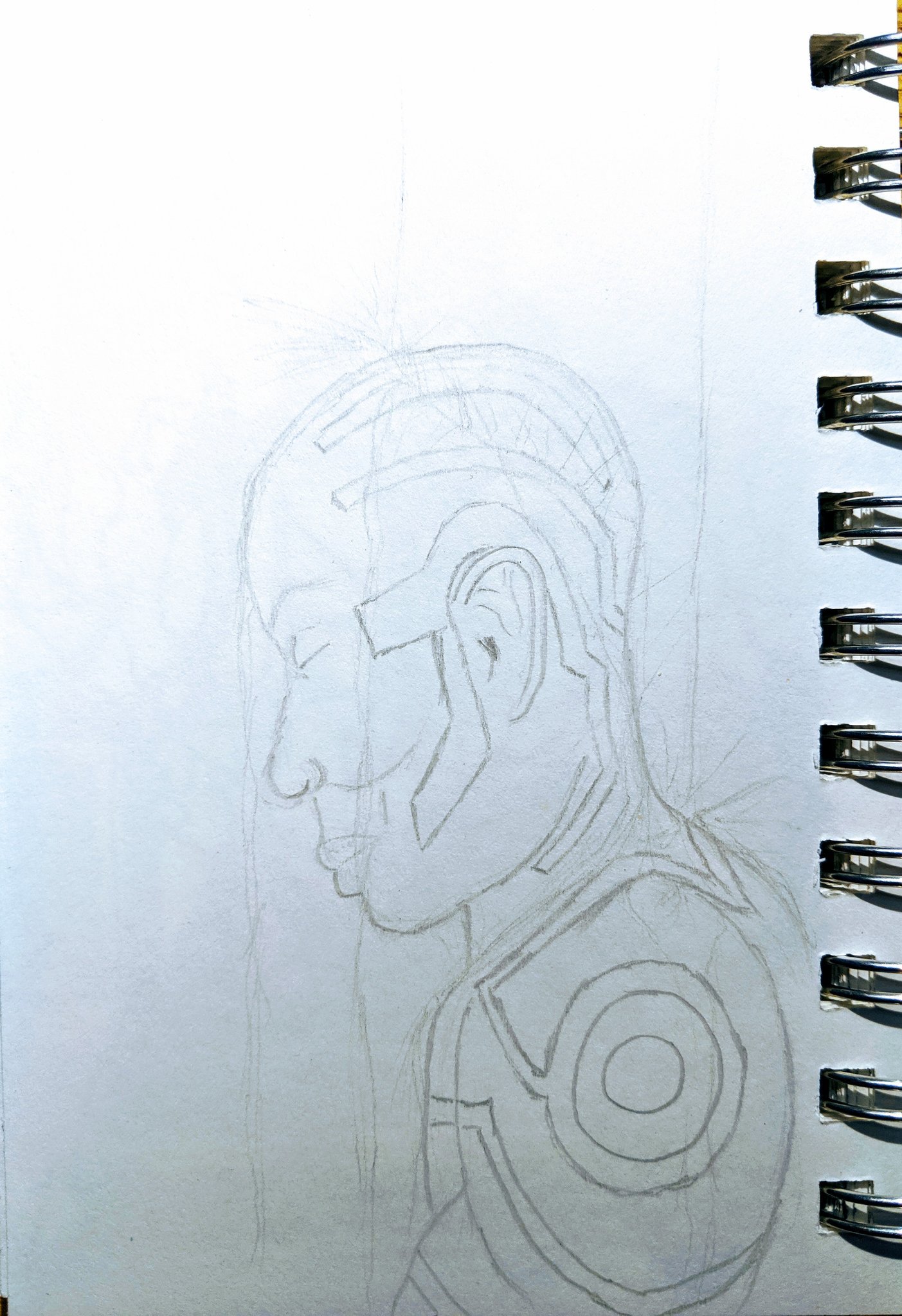 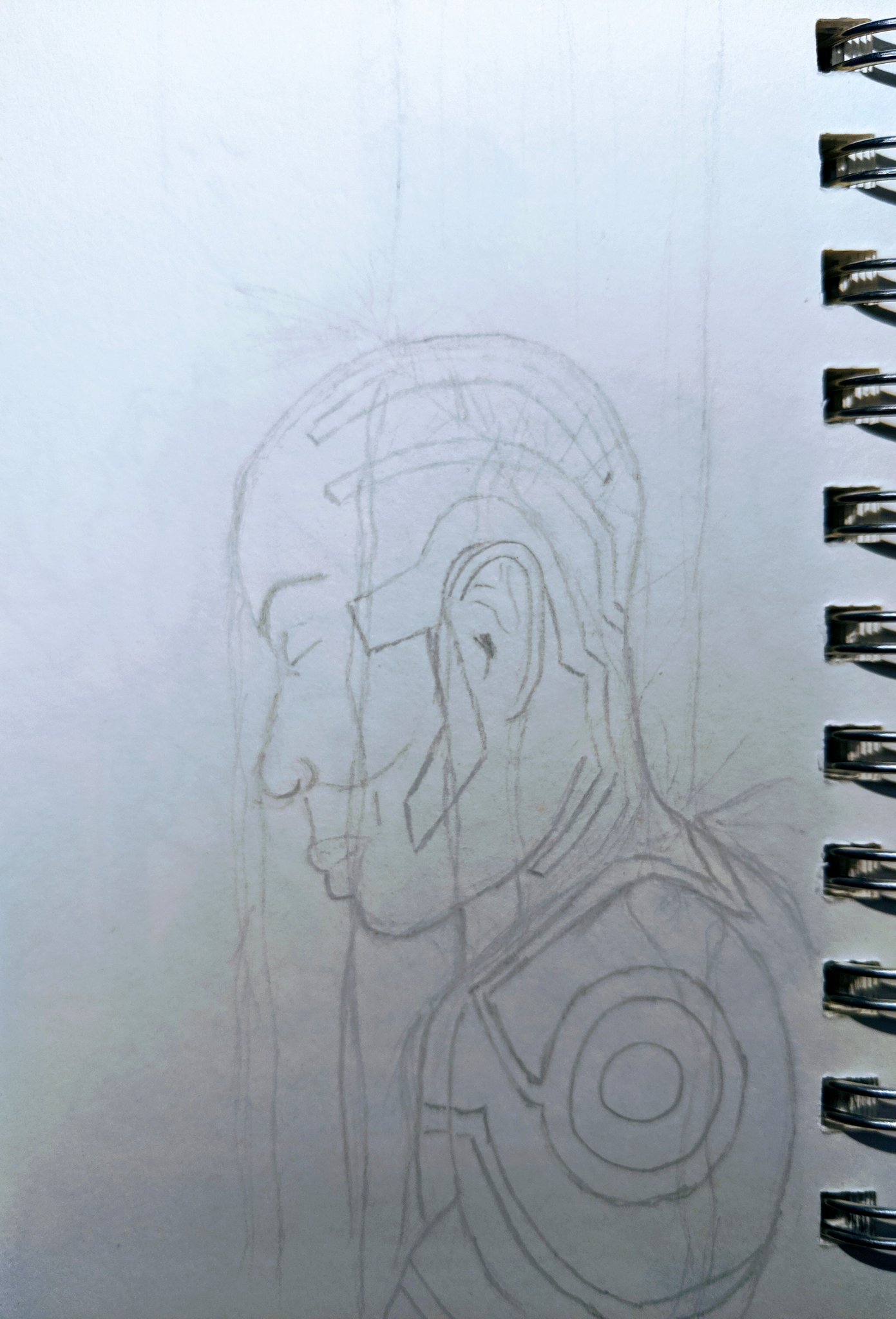 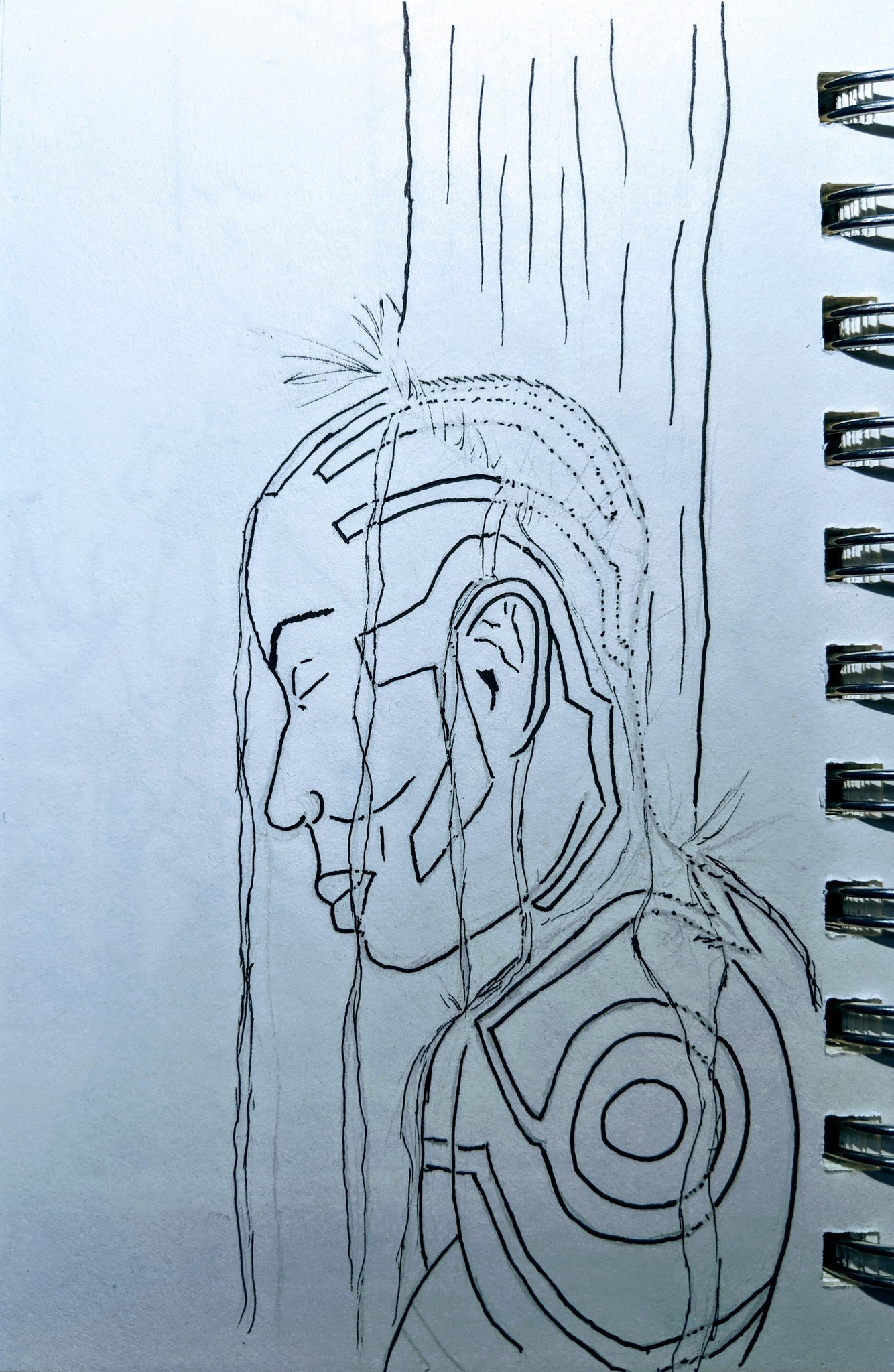