I mostly practice drawing people because I think the human form is fun and interesting, and there are very clearly defined parameters that allow you to say when you look at a collection of lines, “That’s a person!”  The year that I’ve spent practicing drawing, I’ve focused on that pretty closely, and it means that I often find myself feeling far less confident when it comes to things like environmental details.  There’s definitely some transfer of skills in the sense that practicing figures involves a lot of repetition of some slightly complex geometric forms and playing with a few universal techniques for conveying dimension; it’s not like I’m utterly incompetent when I do environment stuff.  Still, it’s not the most comfortable, especially anything related to organic environments.  Boxes are easy, but vines and leaves induce a sort of fundamental panic because there’s so much abstraction that has to be done if you’re not attempting photorealism.

All this is to say that today I drew a tree man, and it was fun and challenging.

The prompt for today is “Ancient,” and after I drew Apocalypse for “Legend” I had to stretch to consider what other X-characters are old enough to really fit the descriptor.  Logan is close, but I already drew him too (just because it was a joke doesn’t stop it from counting).  I took some inspiration from the HoX/PoX series that just ended and decided that Krakoa, the Island That Walks Like a Man, was a perfect choice with his multiple incarnations that appear throughout the series.  This is probably the most conceptual drawing I’ve done this month, as I wanted to highlight how Krakoa chooses to incarnate in gradually smaller forms mostly relative to his growing closeness with Doug Ramsey, the mutant universal translator, as the series progresses.  While it must always be kept in mind that Krakoa is a sentient land mass, it does manifest faces of various sizes in places where it intends to have direct communion with the people who are on it.  The foliage on Tree Krakoa was probably the most interesting to work on here, again because of having to work out how much to abstract leaf clusters given the size of my medium.  Rock Face Krakoa’s plant growths were similarly fun, although I think they ended up looking more like patches of moss than larger splashes of plant matter on an enormous face (the plant patches do sort of form a beard, which was unintentional but still awesome).  The Dougkoa in the corner, a far future version of Krakoa who has merged consciousness with Doug and manifested in a humanoid shape, is probably the least satisfying part of the composition, though I do kind of like the way his feet look.  Even so, I’m generally pleased with it altogether. 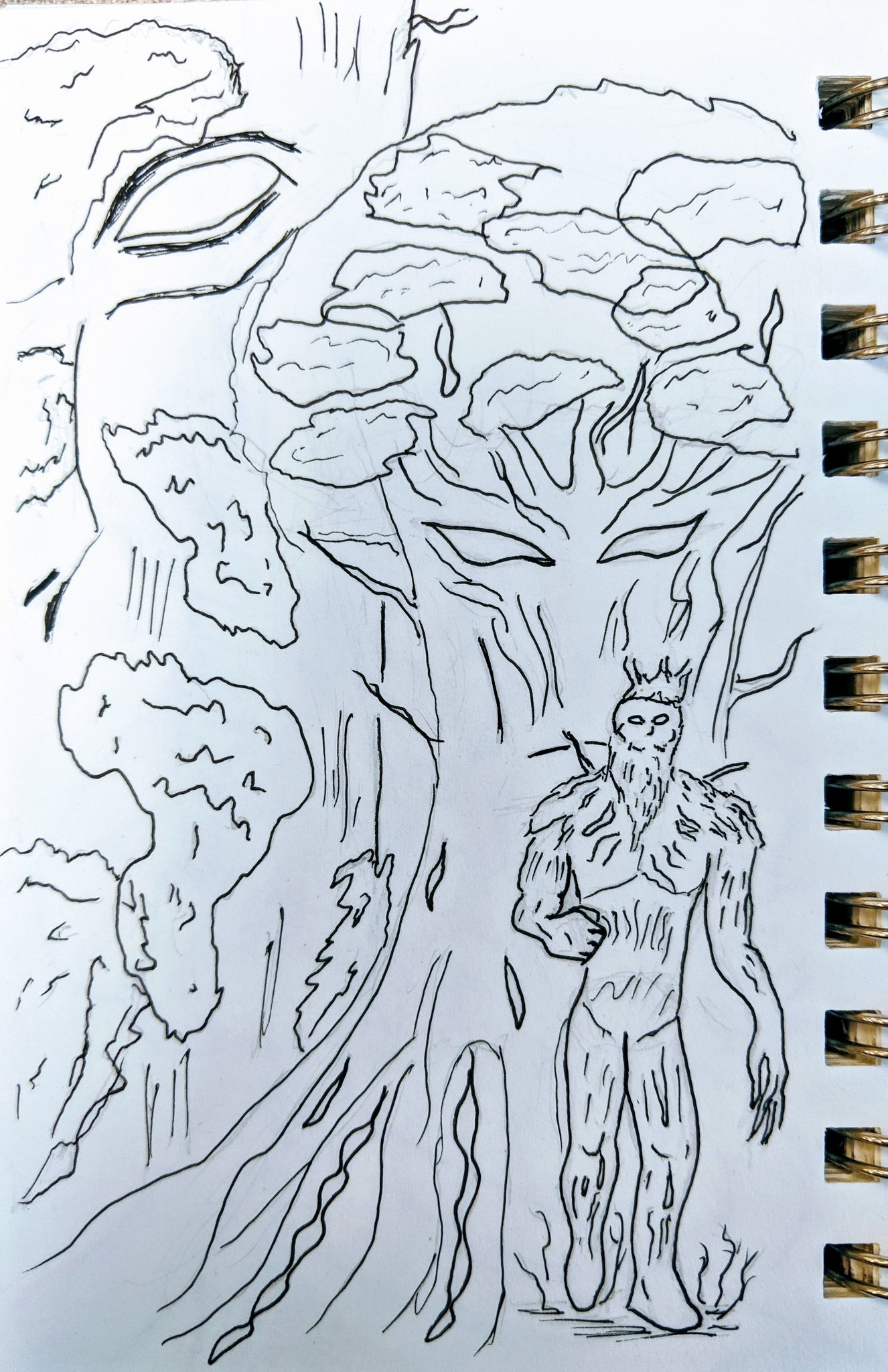 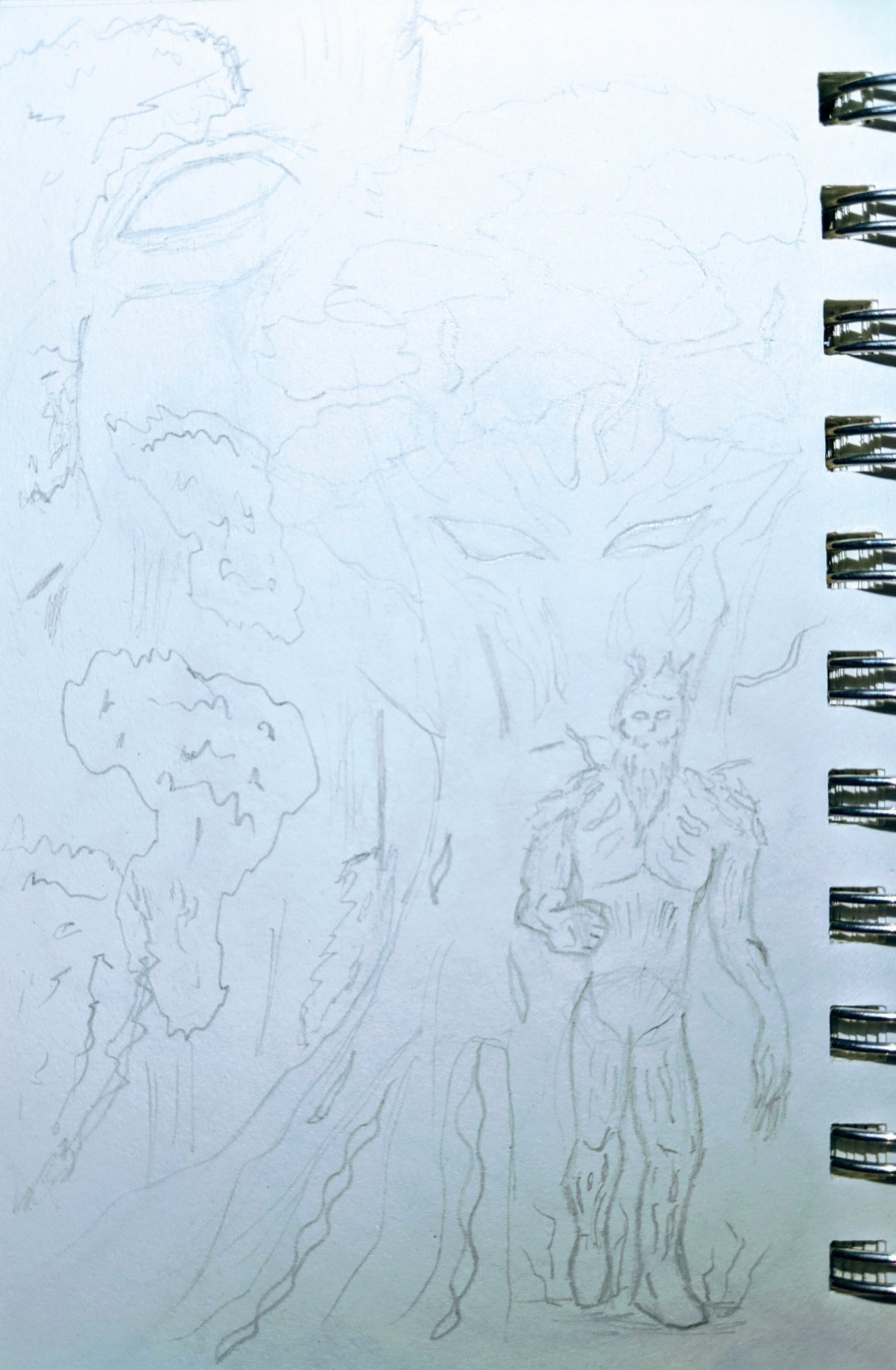