My original concept for today’s drawing was more of a solo picture with only the primary subject, but then I got this idea of a setting it on a subway car, and then I had to figure out why they would be there (today’s character is a teleporter), which settled me on the idea of going somewhere with friends.  The body count sort of multiplied after that.  In terms of composition, I think I’m happiest with the perspective on this drawing.  I don’t know that I’ve played around with doing a top down view like this in the past, but it was fun.  I debated with myself about how much to shade the windows of the train car because I figured there needed to be some significant pockets of black on the page, but I wasn’t sure how it would look if I filled each window in completely.  I skipped pencil shading on this one, so I didn’t have a real sense of what that much ink would do to the picture, and you can’t really take ink back once it’s been put down on the paper.

The prompt for the day is “Dark,” which I’ve been looking forward to all month because I’d reserved this prompt to draw my favorite X-Men character, Illyana Rasputin, code name Magik.  I’ve written, well, a lot about Illyana on my blog in the past (obligatory links found here, here, here, here, here, and also here), so there’s not much to say at this point other than she’s one of the characters most entitled to brooding but she doesn’t let that stop her from being fun.  Once I got the idea for the subway ride with friends, I decided to run with that contrast.  She’s going out and doing something social with Kitty Pryde and Doug Ramsey, but that isn’t going to stop her from wearing all black and half listening to something appropriately overwrought and emo like My Chemical Romance (I don’t know that she’d actually listen to My Chemical Romance, but I don’t know much about the landscape of Goth music). 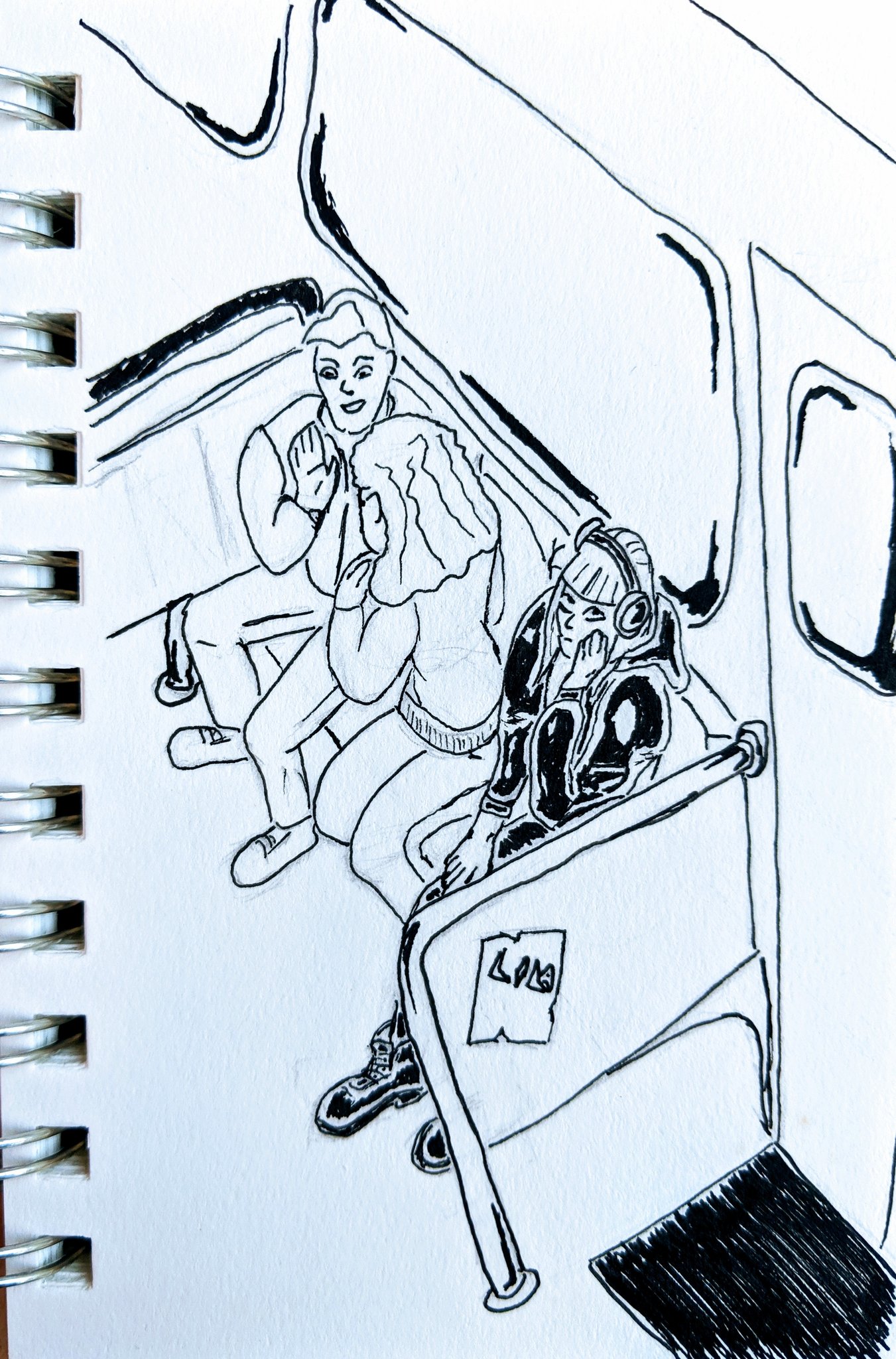 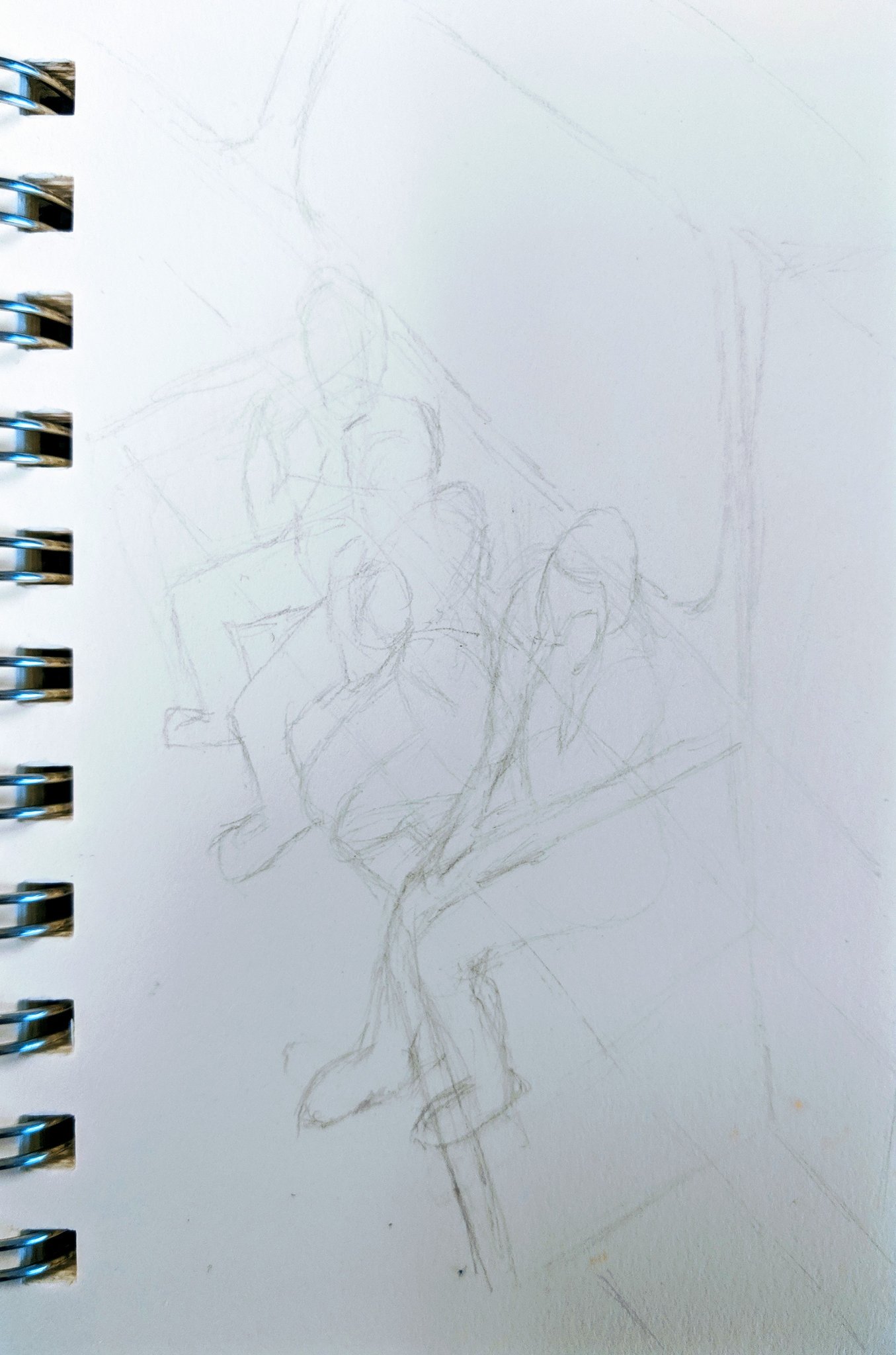 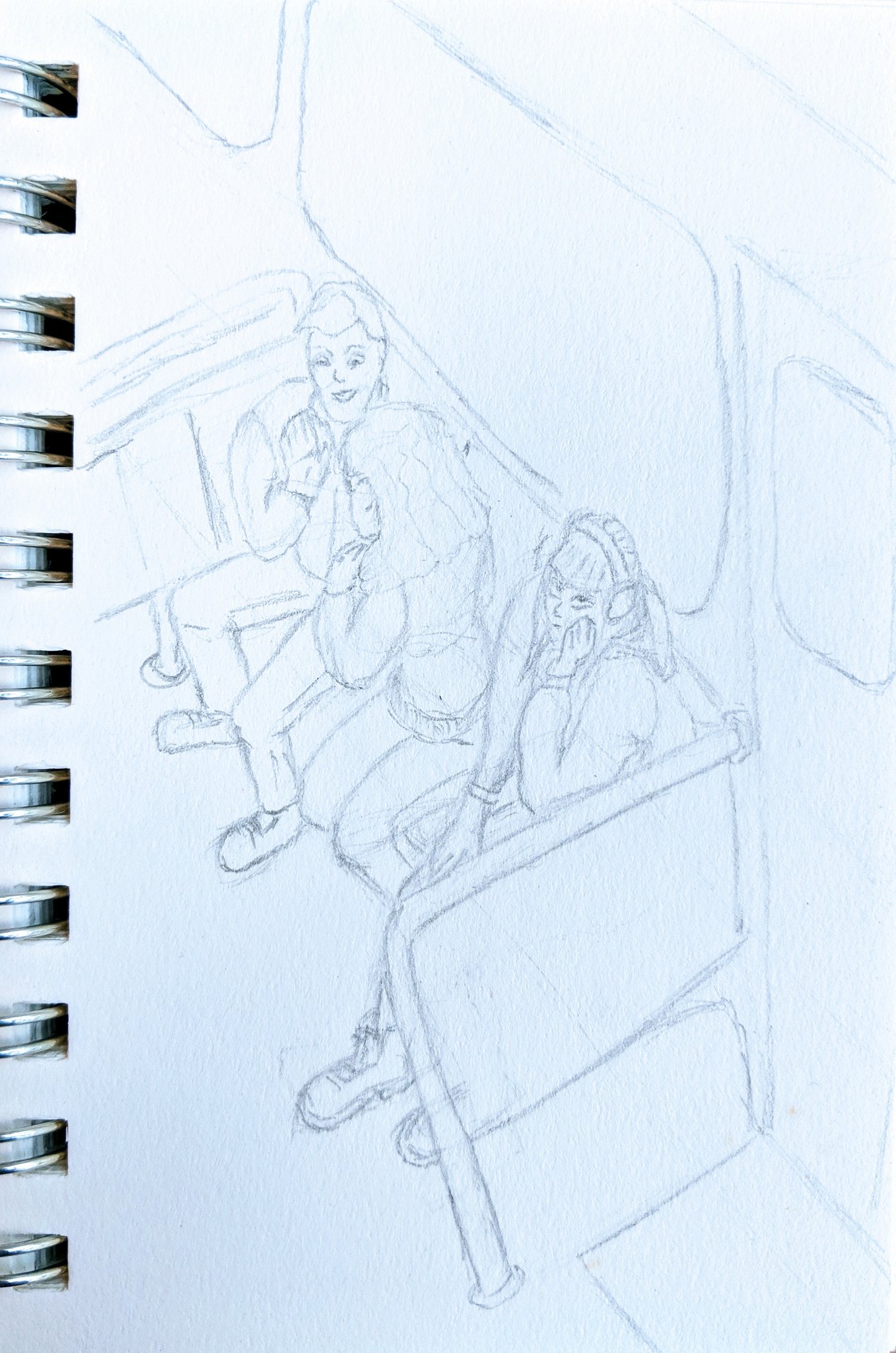 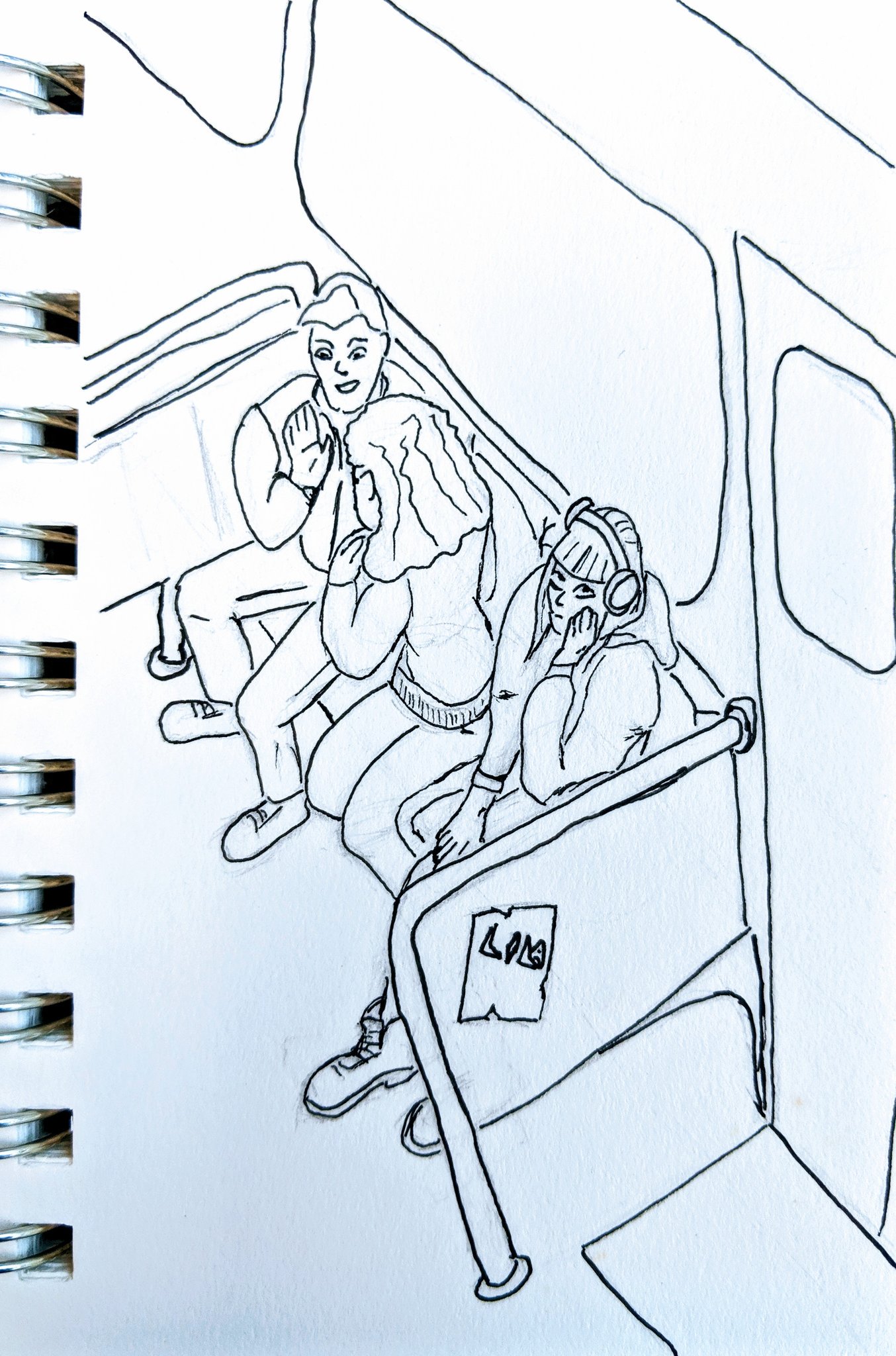