Because I’ve been working a day ahead during this Inktober, I only have one drawing left to make tomorrow before I’m done.  I’m feeling pretty relieved to be at the end of the project, because there were definitely a few days where it felt like more of a burden to have to plan and execute a small composition every day without rest.  I think I know what I’m going to do for my last one at this point, though I still have to think through some of the concept details.  In the mean time, let’s talk about the one that I drew for today!

When I look at this finished drawing, it feels very much like it’s partnered with the other hangdog chair-based picture, “Swing.”  There’s something imminently satisfying about drawing someone slouched in a chair with a look of weary contempt on their face.  Aside from shifting perspective to the other side of the chair, so many things about these two drawings are visually similar.  Aside from the posture, both figures are wearing relatively little clothing, seem vaguely dissatisfied with their situations, and have as nearby accents to the composition a helmet of some sort.

Besides the visual connections, there’s also a thematic one here; where “Swing” featured Beak, a fourth string X-Men character who didn’t amount to much in the main Marvel universe (though he saved the multiverse many times as an unsung hero in the Exiles), today’s prompt, “Injured” brings us to Magneto, the arch rival to Charles Xavier and signature X-Men villain who’s not been much of a villain for a long time.  The major beats of Magneto’s history are relatively well known, but he also had the pleasure of serving as Beak’s mentor at the Xavier School while he was pretending to be the mutant Kuan-Yin Xorn (or maybe Xorn was pretending to be Magneto; it’s all very complicated, and most folks just ignore that part of his history as being wildly out of character for when it occurred).  Magneto has been through a lot, and the injuries he’s suffered over the years haven’t all been physical.  I like the image of him brooding with thoughts of his failures and frustrations, all while dressed in his silk lounge wear and generic torso bandages. 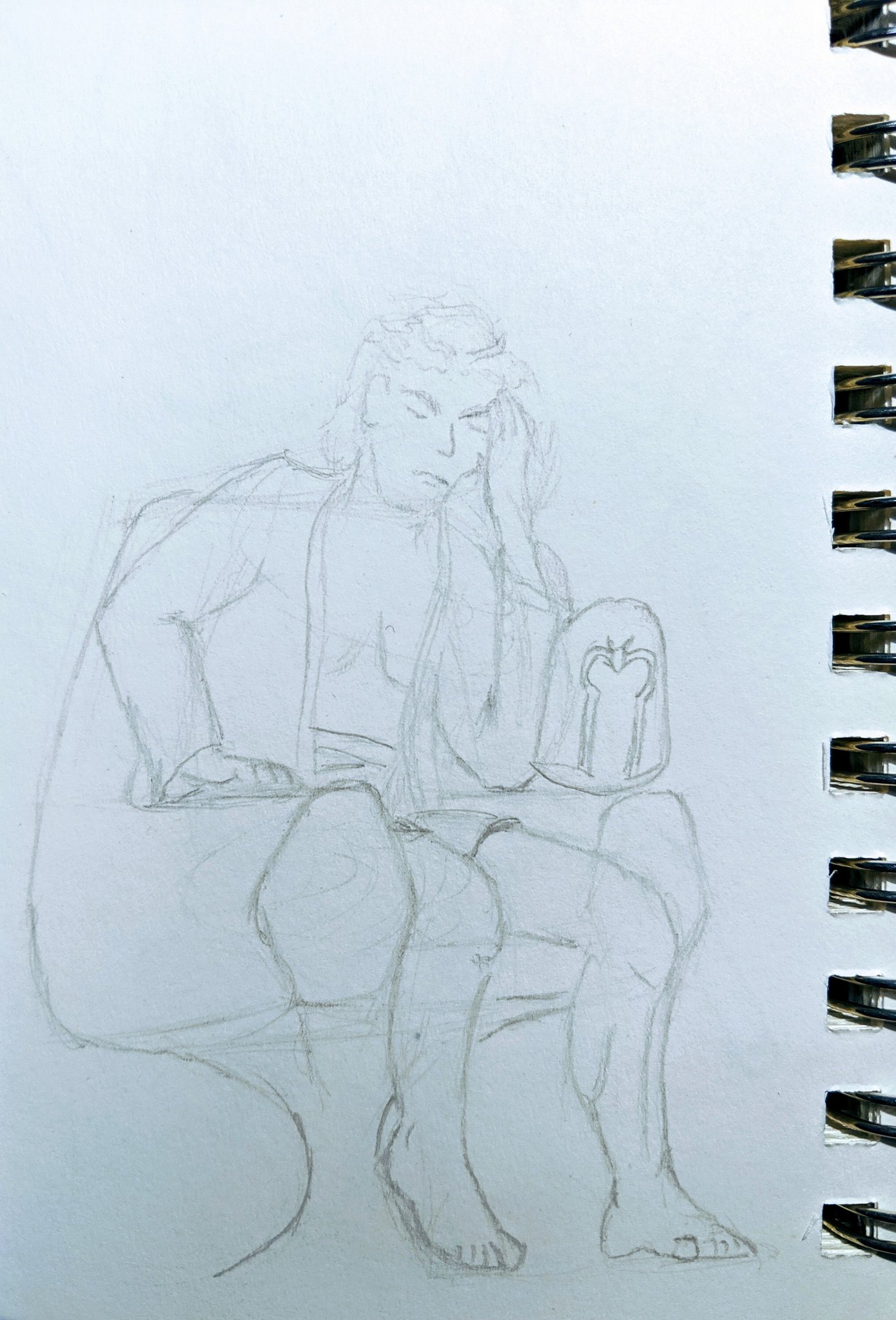 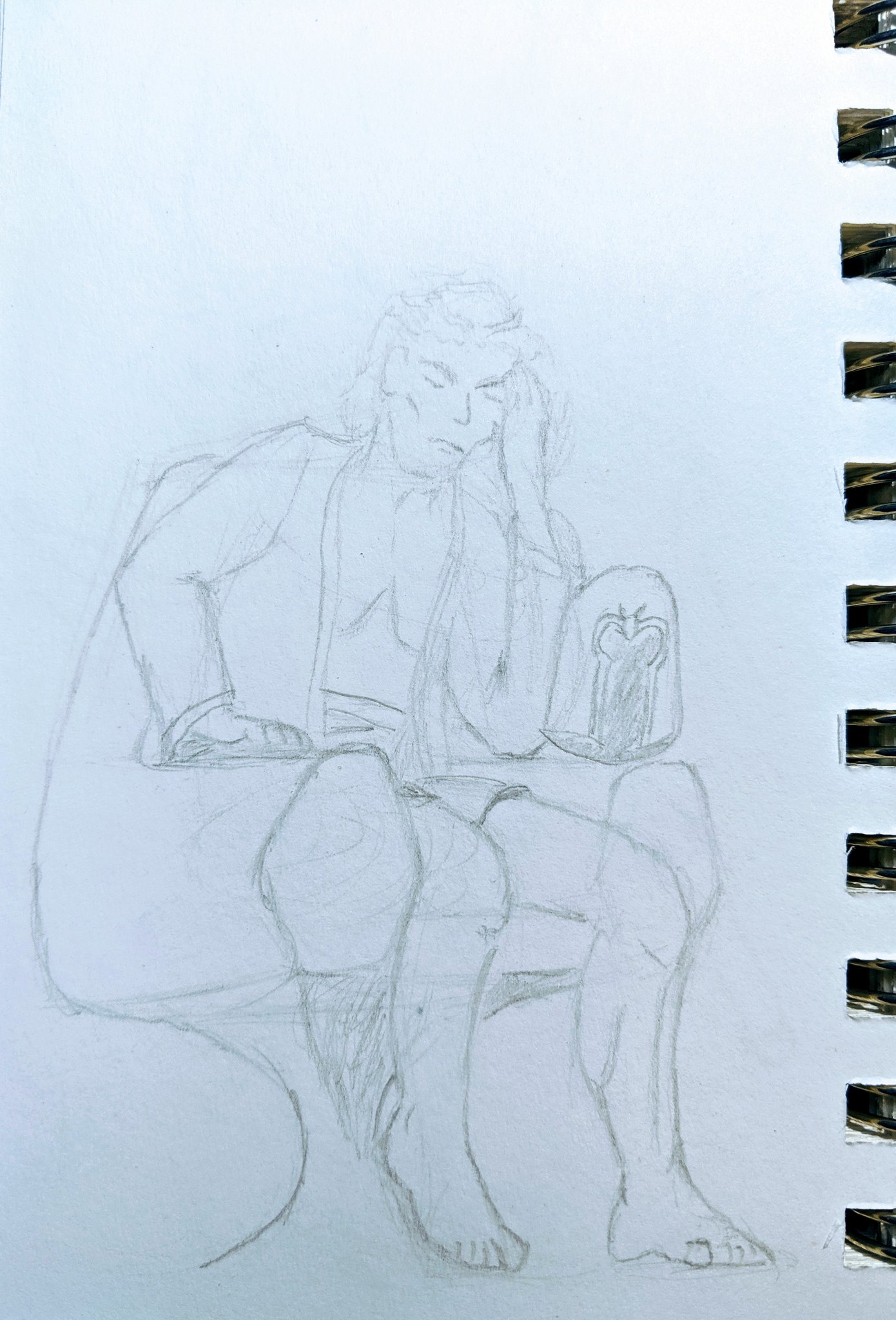