In the last third of Inktober I’ve begun to play a bit more with extreme angles for my scenes, which has been really fun.  When the medium is so small, the tools limited, and my skill still very much developing, having something dramatic that I can reliably do, like unusual perspectives, is a really satisfying way to give my sketches some interest.  The one that I did for today is probably one of the more extreme examples of what I’m talking about; I wanted to simulate some extreme foreshortening with the figure’s outstretched hand magnified so that it’s nearly as big as the rest of the figure.  I think there are some slightly cheat-y things about the angle perspective, specifically in the view of the figure body; I probably should have placed the torso more directly behind the shoulders, but one of the things I’m learning about working in an analogue medium is that you just have to live with your mistakes after a certain point in the drafting process.  Anyway, it’s only like two hours’ worth of work from start to finish, so it’s not like there was much lost in committing to the error.  The composition over all still feels like it works pretty well.

The prompt for today is “Catch,” which is a pretty wide open prompt when you’re talking about X-Men.  One of the signature features of the X-Men series is the periodic break to play baseball; it hasn’t happened much in recent years, but it was a mainstay of the Claremont era.  Following that concept, I just needed a subject, so I decided to go with one of my personal favorites from the last decade, Ruth Aldine, code name Blindfold.  In addition to general telepathy, Blindfold is precognitive, which is useful seeing as she was born without eyes (blind seers are a long, long tradition).  I thought it’d be cute to show her participating in her typically distracted way (one of her defining character traits is the way she inserts polite expletives into her speech as though she’s constantly conversing with someone else who isn’t present). 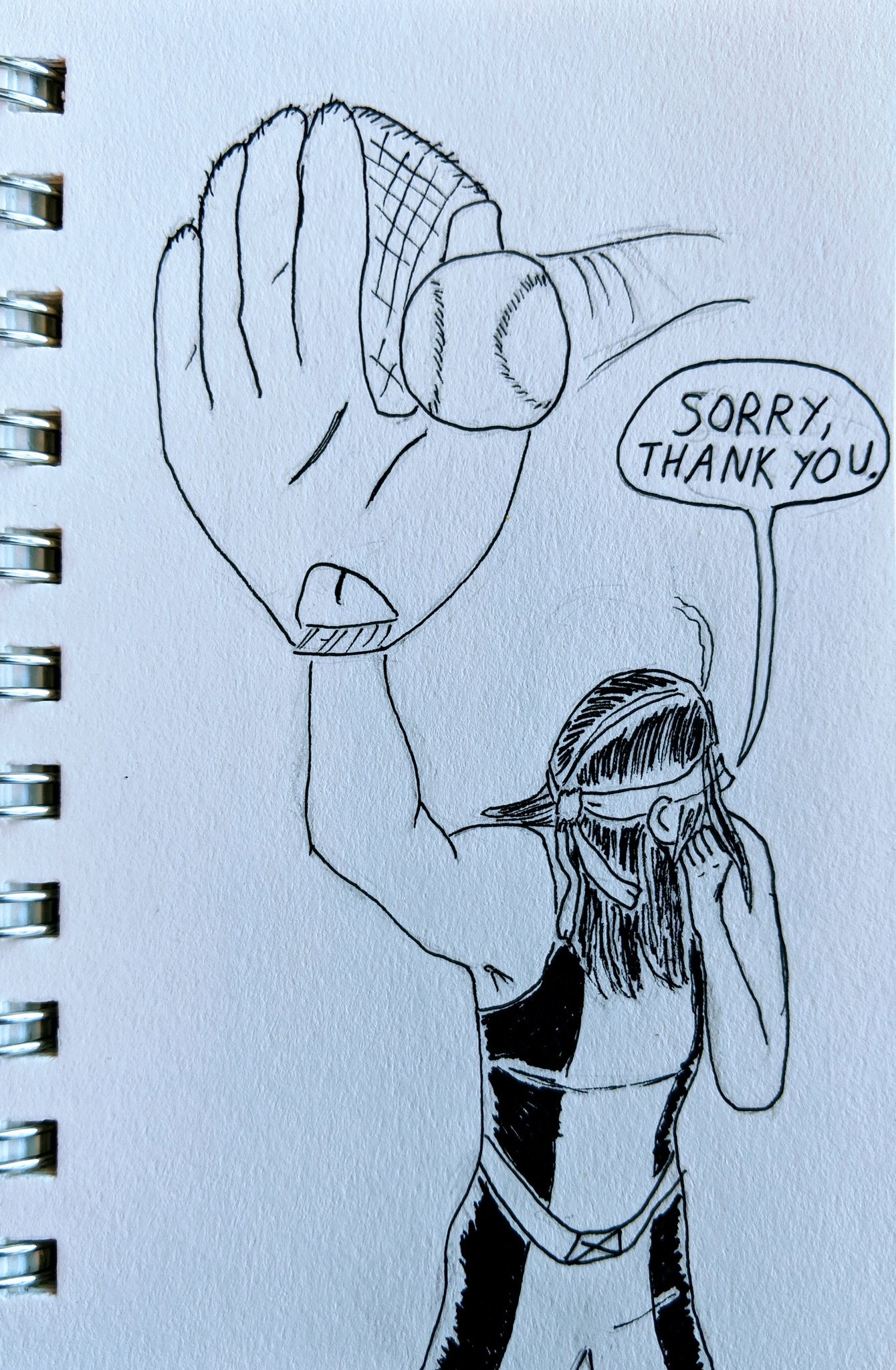 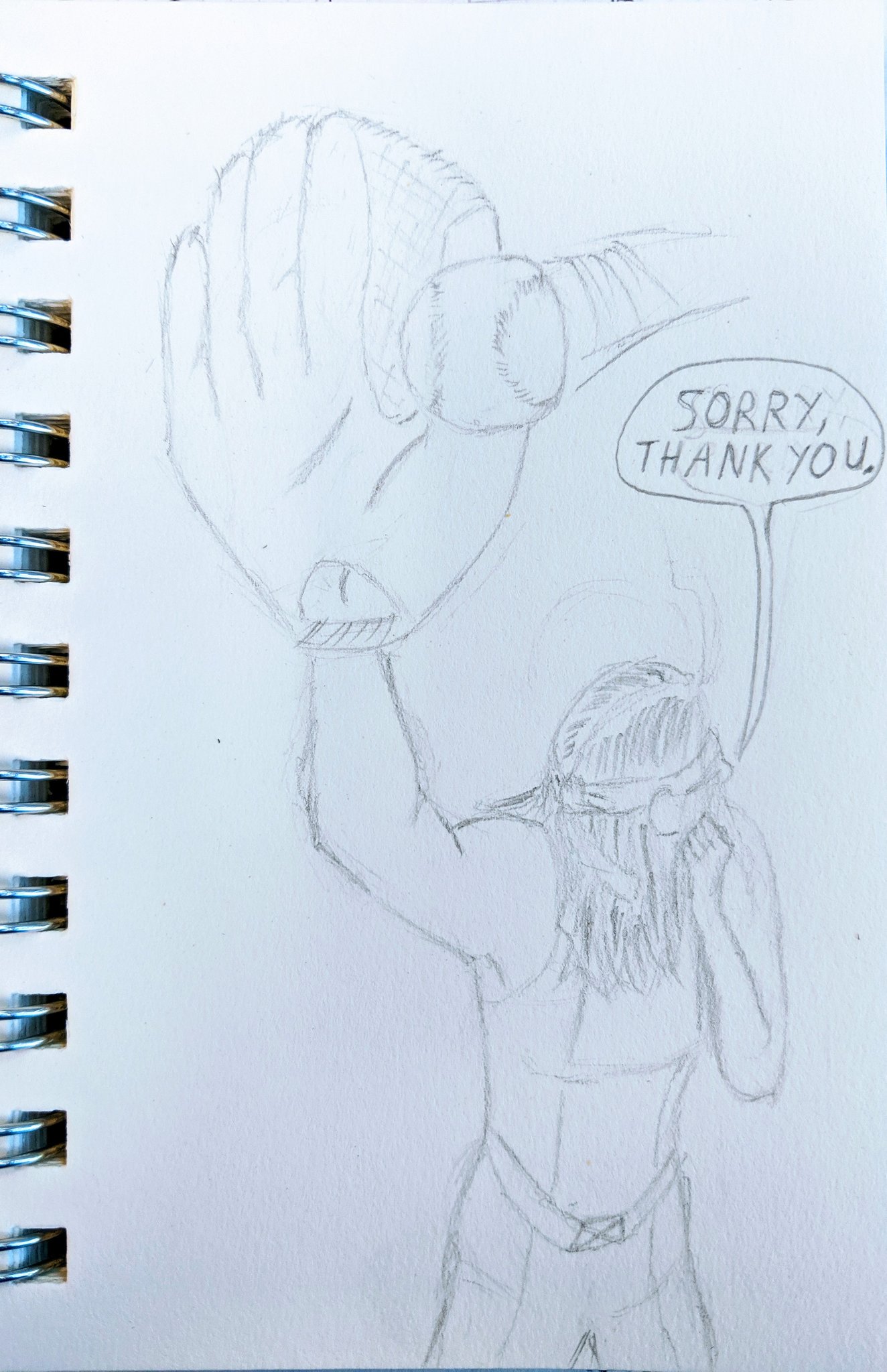 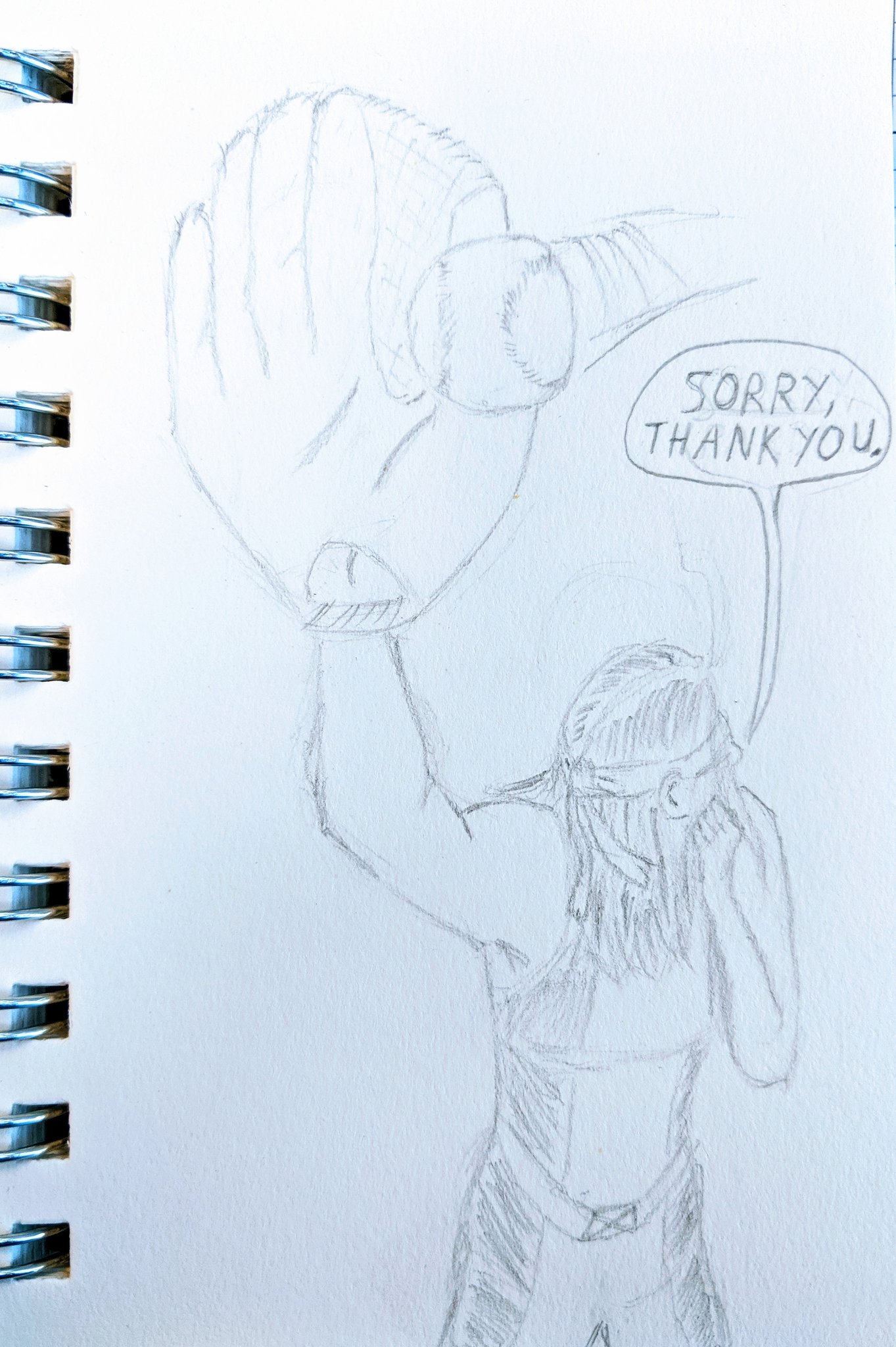 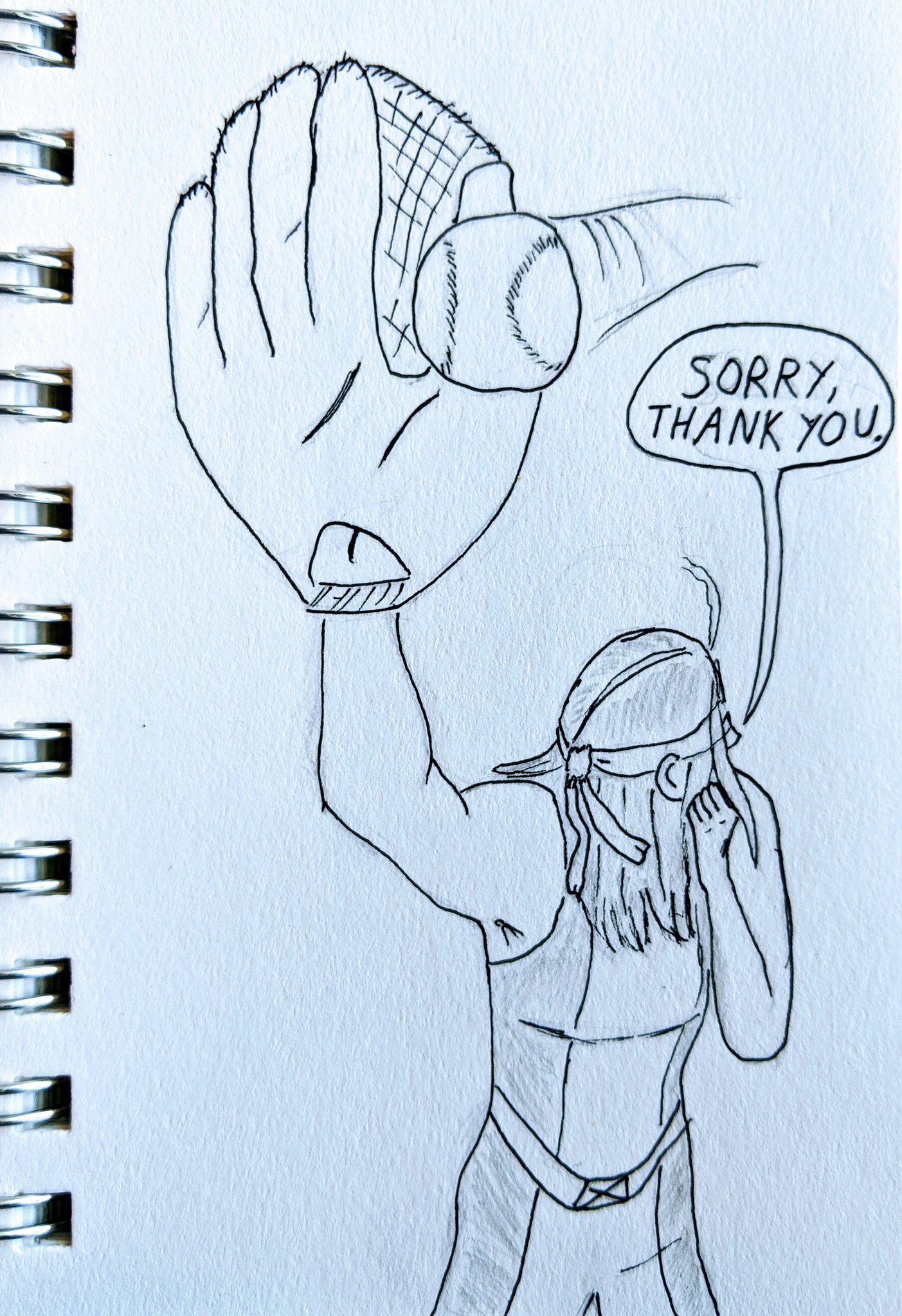 Tomorrow I’ll post my last drawing of the month along with final thoughts about the experience.  It’s been really fun and enlightening.