While I continue to cast around for something else to call my drawing posts (Learning Sketchbook was great!), here’s a big post with all the stuff that I finished at the end of the year plus a few things I’ve been working on since after New Year’s. 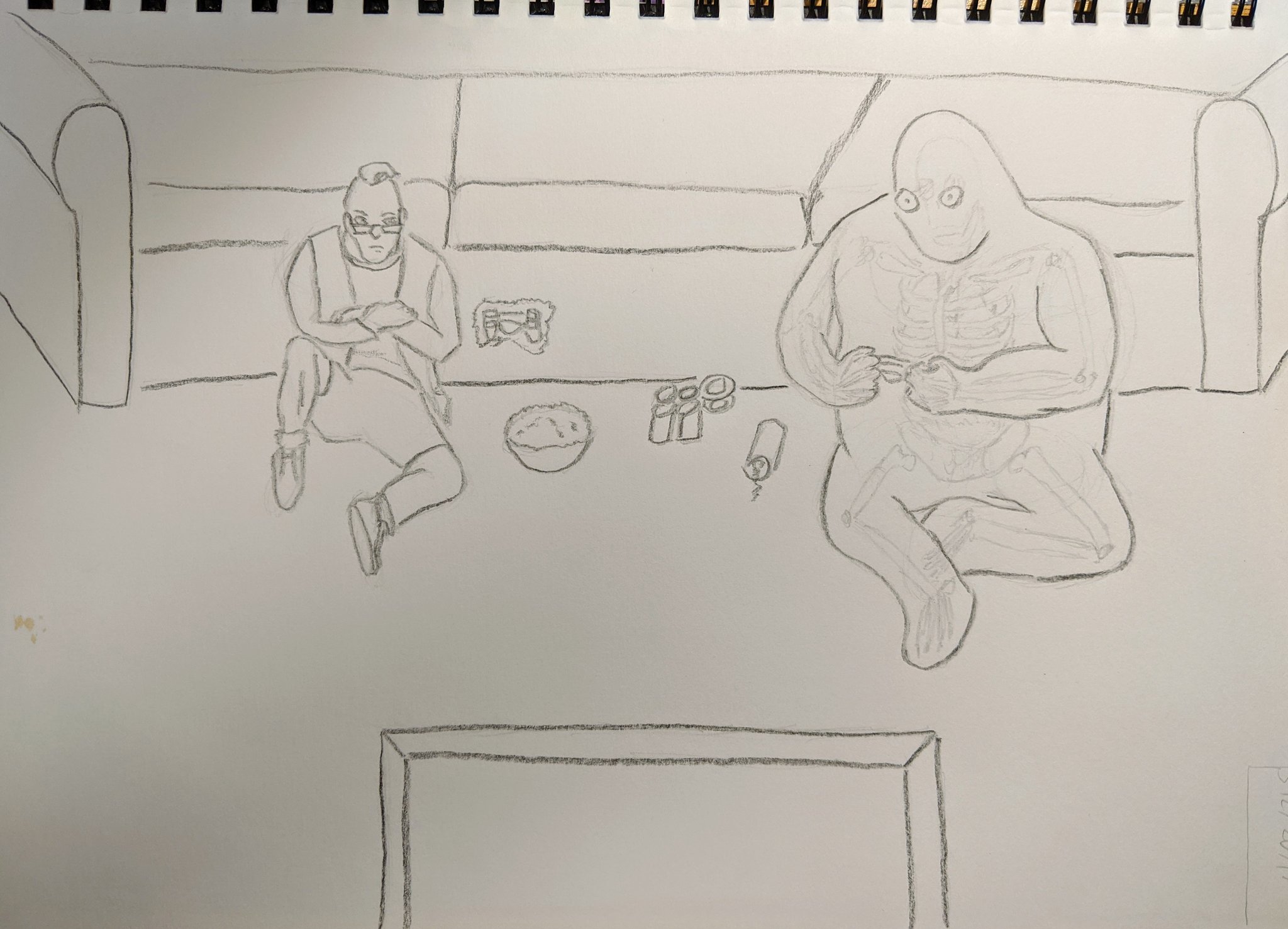 I didn’t feel like coloring this one.  Drawing skeletons is exhausting. 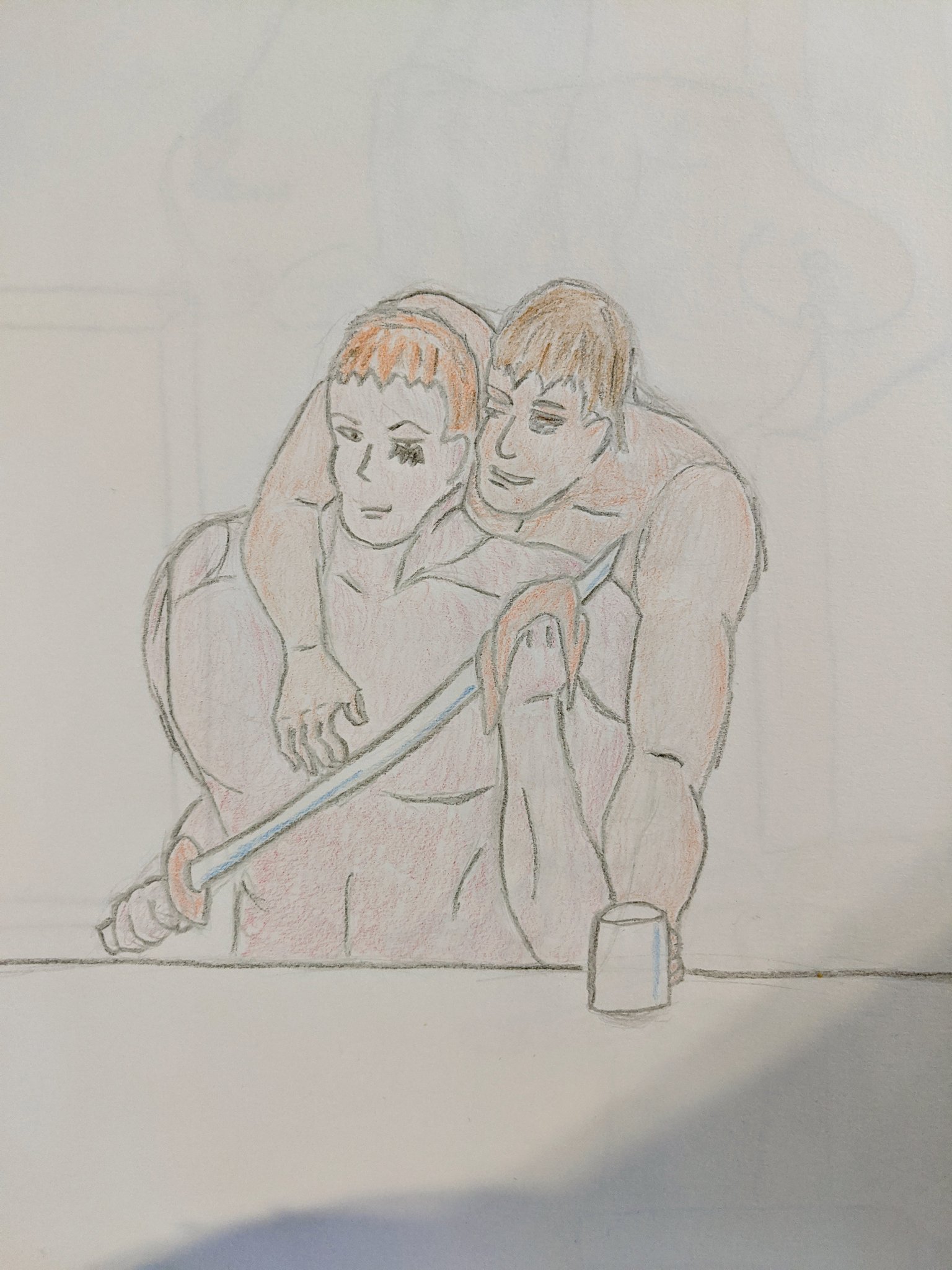 Rictor and Shatterstar are very good boys who really enjoy their Saturday mornings together. 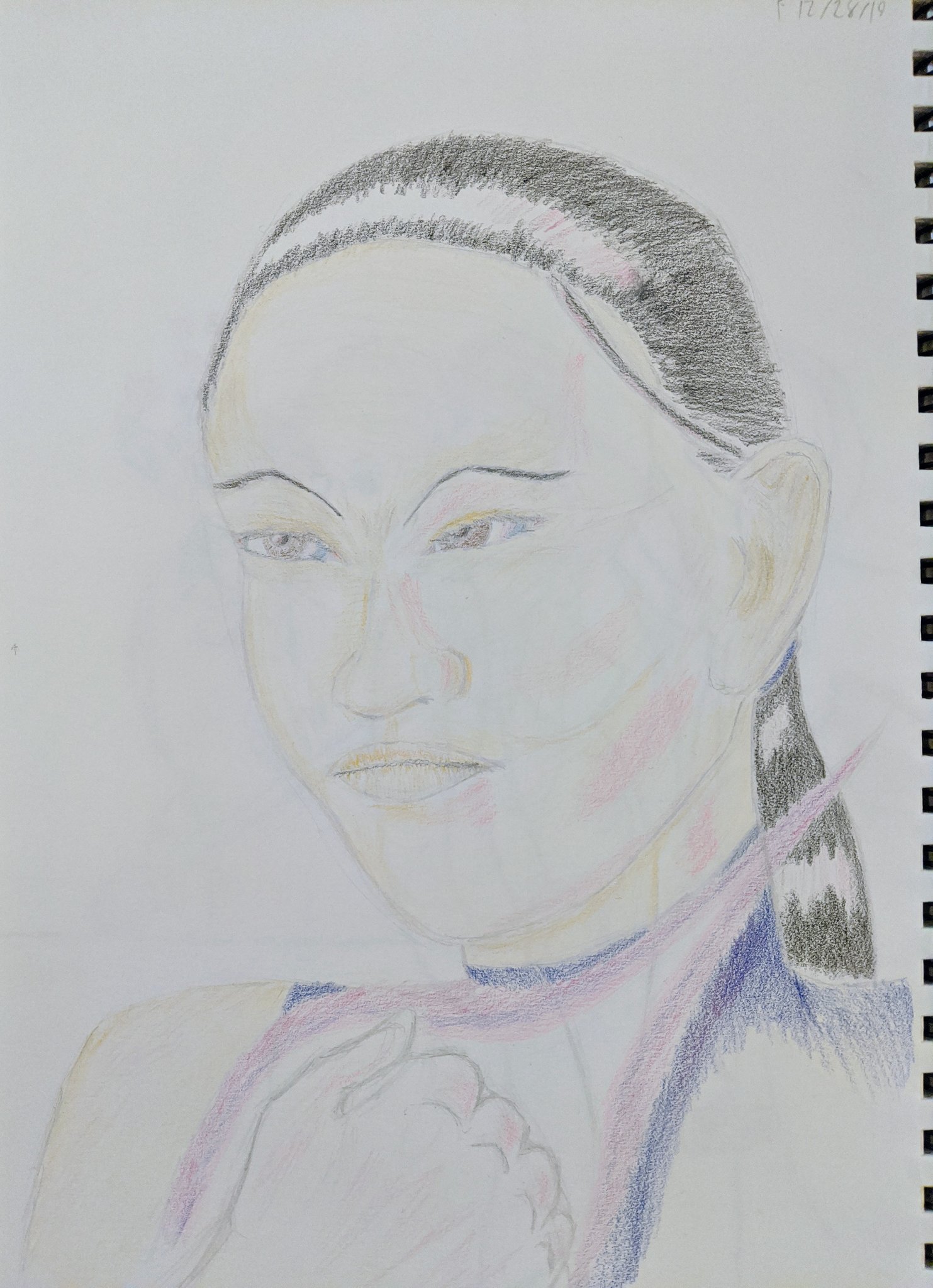 I got a bunch of Prismacolor pencils for Christmas, so I drew a Psylocke (the new one, not Captain Britain; I know it gets confusing).  The skin tone pencils are a lot of fun to work with, even though I tend to be really shy about applying a lot of color. 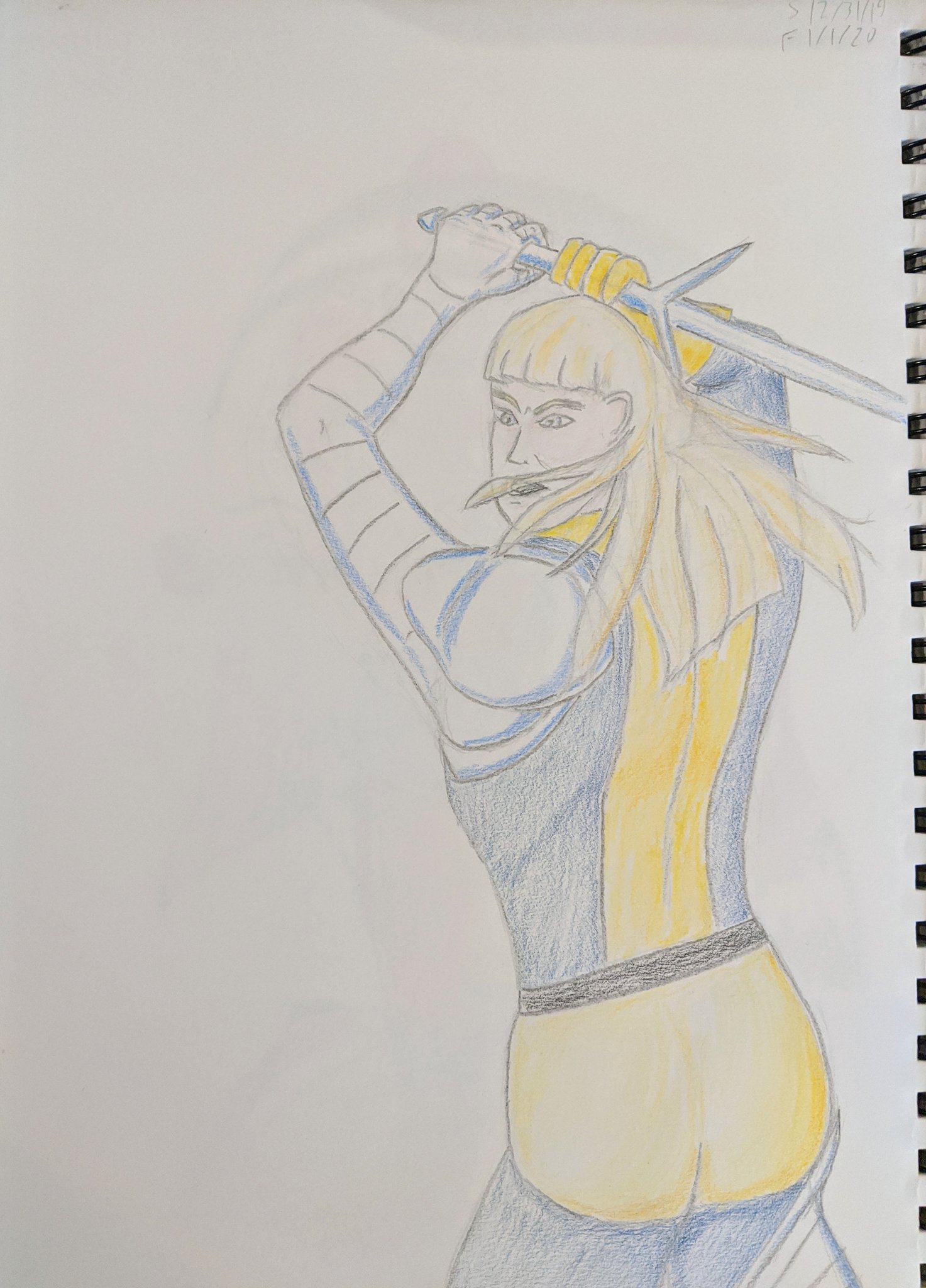 Finished out my sketchbook with a picture of Illyana that’s done with the same pose I drew her in back in June.  The difference in my style between the two pictures is super striking. 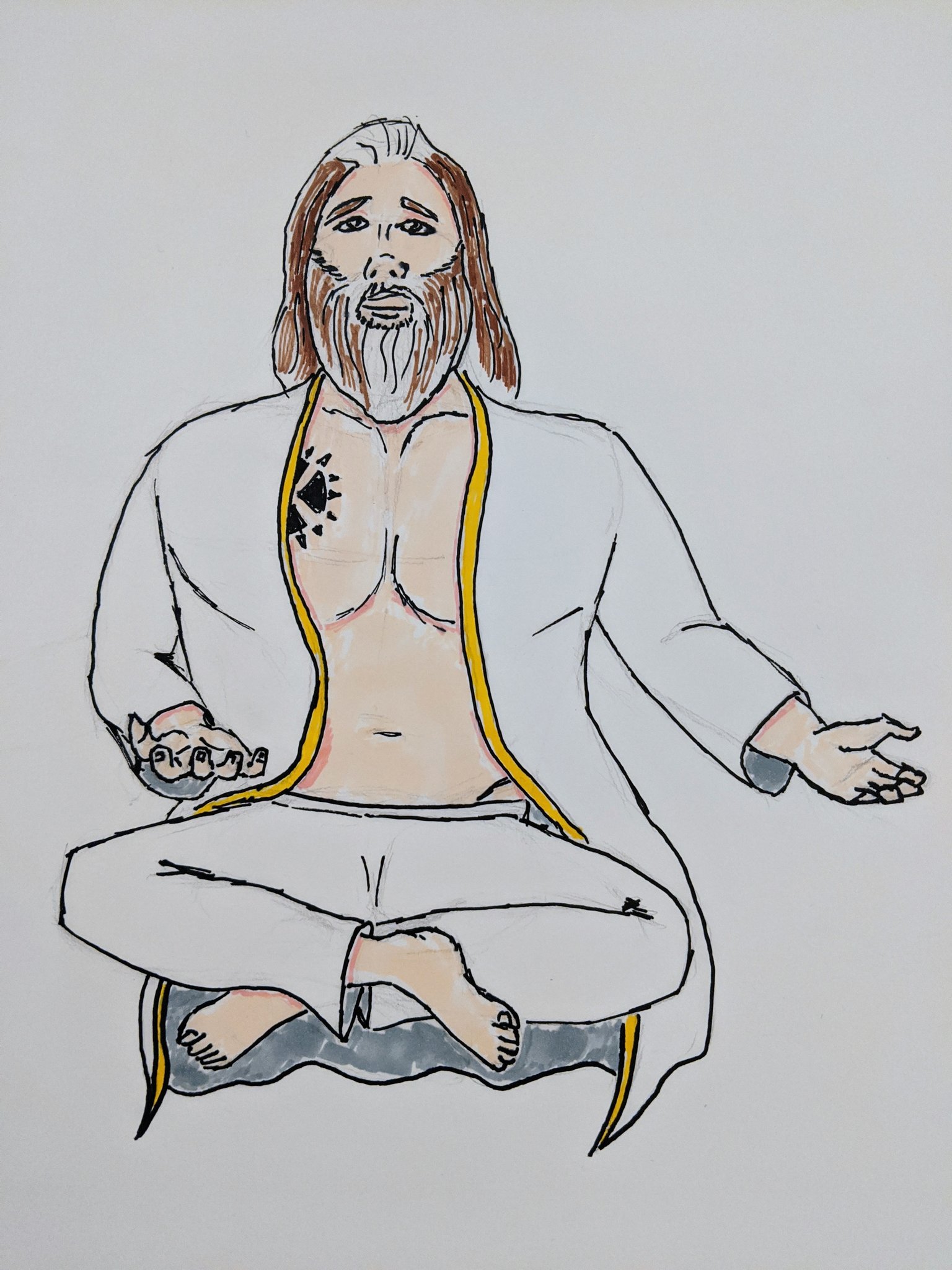 I also got some markers.  They are fun (again, especially the skin tones). 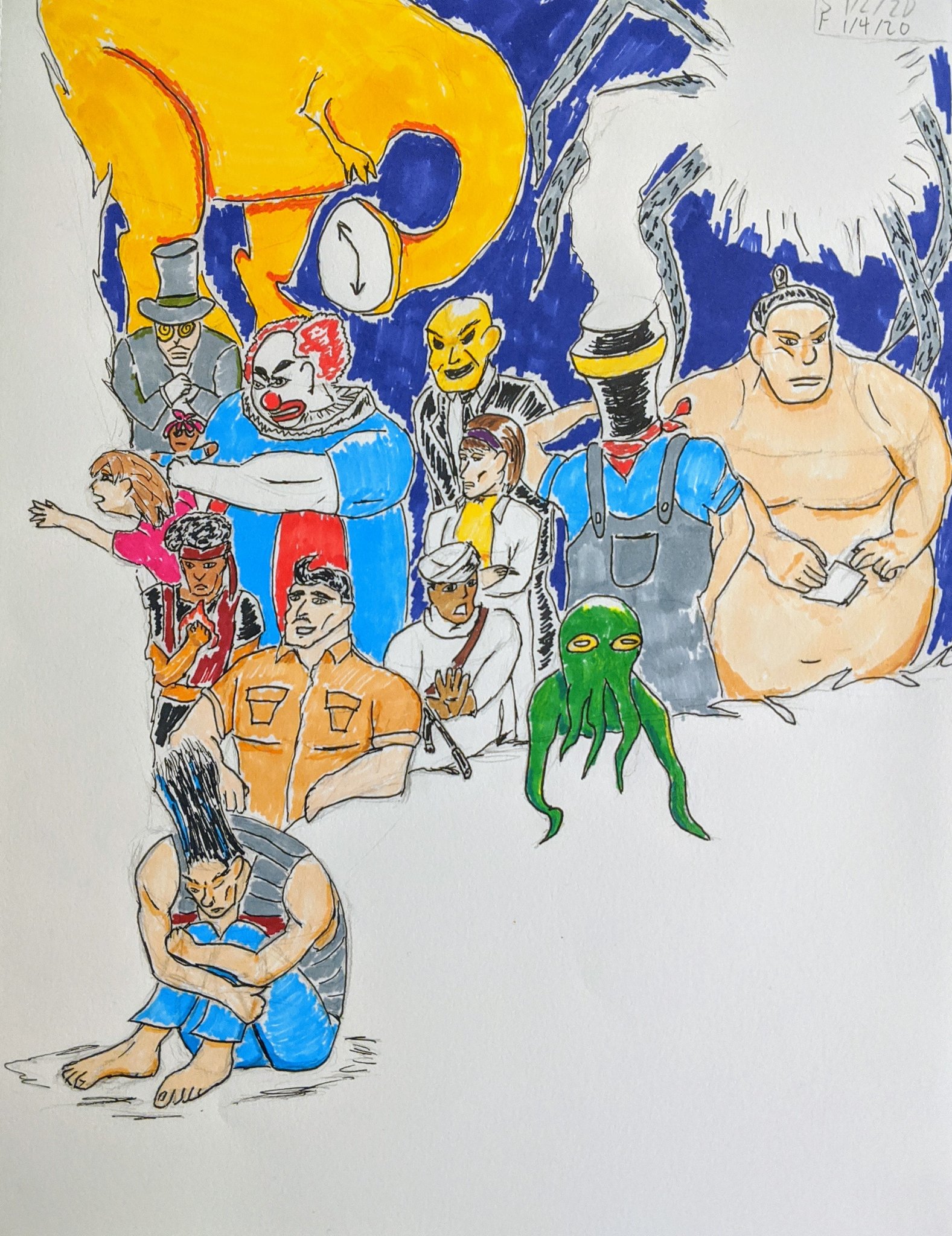 Apparently having markers makes me way more ambitious.  By this point, coloring takes the majority of my time when I’m working on a piece.  Part of it is definitely learning to work with a new medium, but also my drawing style is still relatively simple so that I just don’t know how to spend more time on a piece before I move on from pencils. 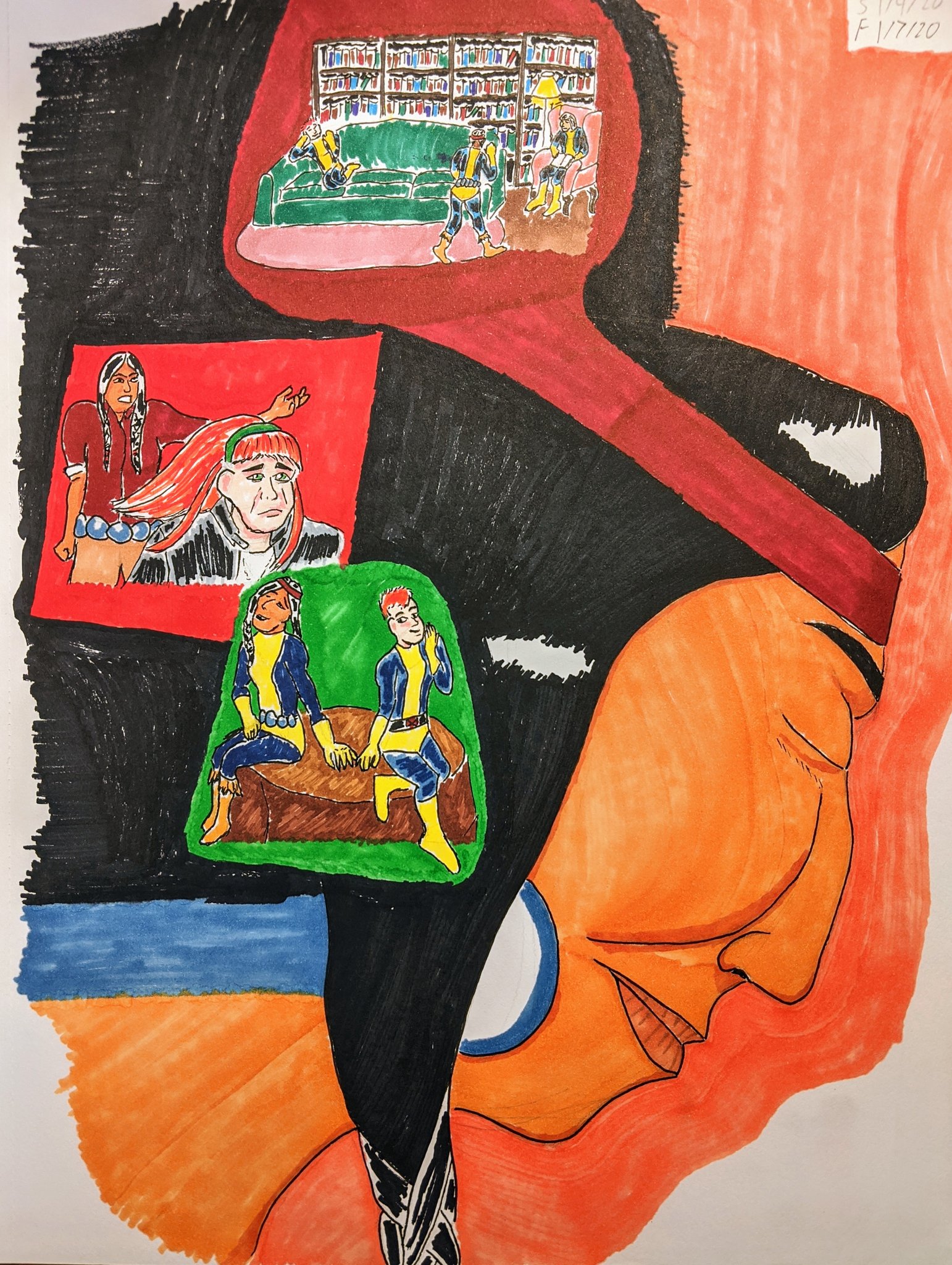 The inset panels are mostly okay, but I think I nailed the profile of the face in this one.  There’s a lot of experimentation in this one with how to apply markers for coloring, which I think comes across most strongly in the texture contrast between the black section and the pink.