The last month has been exhausting.  At work, it’s felt like I’ve been skipping from one crisis to the next, and while all external indicators suggest that I’ve been handling things as well as can be expected, it’s definitely left me feeling pretty wrung out.  I’ve noticed the stress mostly in the ways that I’ve been disinterested in my usual creative hobbies.  What I thought was going to be a month off from blogging turned into two months (maybe more; even as I’ve been percolating this post I’ve been unsure if there’s anything else I want to record at the moment), and after a relatively intense bout of drawing practice I’ve slowed down considerably.  I’ve lacked bandwidth to do much with my leisure time besides reading and watching TV (and I’ve read and watched some good stuff lately), but the usual drive to sort my thoughts out and put them somewhere other than my head hasn’t been there.  Even now that I’ve sat down to collect myself, it’s a struggle to figure out where all this is going.  It’s like the usual font of opinions has turned into little more than a shapeless burble.  There’s more impulse than plan at work in this update.

In the midst of the work exhaustion, I’ve found myself coping with a general feeling of grumpiness about things outside my immediate sphere.  The news is bad, and the parts of Twitter that I pay attention to vacillate between two extreme poles of mania and anxiety over things that I can’t bring myself to care deeply about.  I know that stories matter, and everyone needs to be able to see themselves in the stories they consume, but I feel a profound lack of patience with the roller coaster of emotions that others experience quite loudly in their online presences.  Maybe my reticence has been not just about mental exhaustion but also a sense that it’s patently ridiculous to shout into a void that’s made up of everyone else’s cries for validation.  I don’t think I can rightly call it a feeling of depression; I just feel irritated by the anxieties of the larger world.

When I was a few years younger, I think I would have found that general expression of irritation at others’ anxieties alarming simply due to a fear that it signals chronic empathy fatigue.  Education work demands a lot of emotional labor, and the professional burnout that can ensue from being asked to care about others so much is a real concern.  I suspect that I used to have a rather inflexible feature of my worldview which treated empathy as a static thing.  Whatever empathy you had existed on a spectrum, and how often and strongly it manifested in your decision-making process wasn’t something that changed much.  I think about that now and realize it’s a terribly flawed model, especially for someone who’s been working in education for nearly a decade.  More broadly, I also see that it’s a mean model.  When you think that people cannot become more empathetic, you surrender the hope that they can be persuaded to care about more and greater things.  Now I think I am inclined to consider that we are all just in various states of exhaustion.  Some folks externalize their exhaustion, insisting on letting others know about their need regardless of the bond they may or may not have with one another; others turn inward and shut themselves away even from folks who want and need to hear from them.

Empathetic meditations aside, I’ve been thinking more about my relationship with various online spaces, and I’m turning ever more cynical about the value of social media in general.  The biggest platforms reward the worst kind of antisocial behavior, and I have no patience for it.  I just want space to share the things I like, and I am bad at asking for attention.  Also I’m tired, but that’s probably more cyclical than anything.

Anyway, here’s a thing I drew; I think it turned out pretty well. 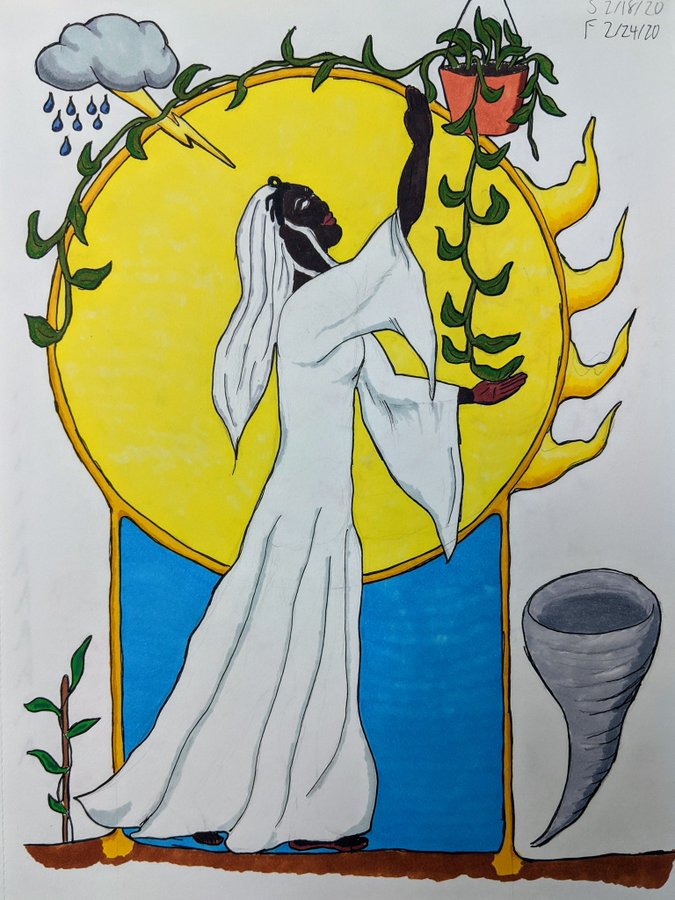